Each photo is accompanied by text from the featured story, surrounded by illustrations by Tom Brannon.

The photos originally appeared in the Muppet Babies Nursery Rhyme Calendar 1989. As a result, several of the pieces also fit specific seasons or holidays (for example, Gonzo as kissing Georgy Peorgy is carrying a Valentine's Day heart and "Hickory Dickory Dock" being set at Christmastime).

The quality taken in putting together each photo and its presentation, from lighting and color palettes to set construction and costumes, is reminiscent of what Mike Frith was doing in the 1980s on such projects as the Miss Piggy Calendars.

An abridged, small-format version of the book was released as Muppet Babies Nursery Rhymes. 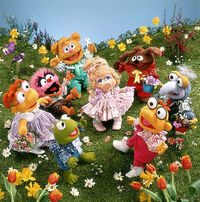 Ring Around the Rosies 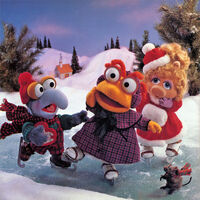 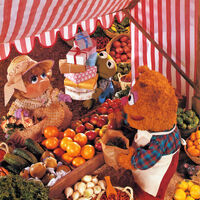 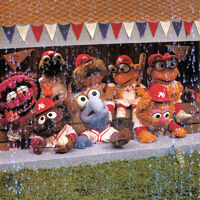 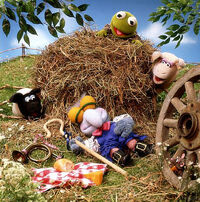 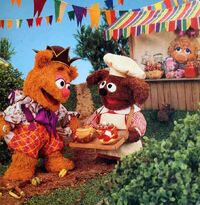 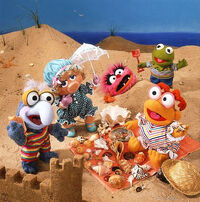 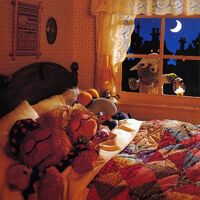 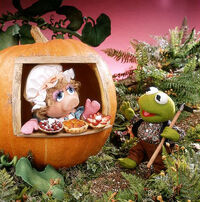 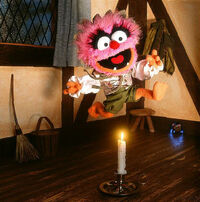 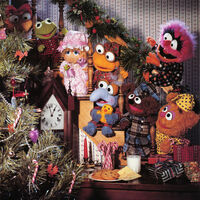 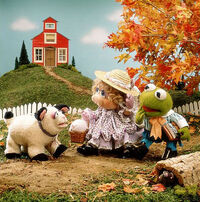 Mary Had a Little Lamb
Add a photo to this gallery

Retrieved from "https://muppet.fandom.com/wiki/Muppet_Babies%27_Classic_Nursery_Rhymes?oldid=1096893"
Community content is available under CC-BY-SA unless otherwise noted.