In the wake of the success of the Muppet Babies TV show, Marvel Comics' "kid" imprint Star Comics began releasing the Muppet Babies comic book title on a bi-monthly basis. These were new stories, not adaptations of existing stories from the TV show.

At first, each story was approximately the full length of the comic (approx. 22 pages). Later in the series' run, two 11-page stories were included per issue.

While adults were rarely if ever seen on the TV show (even Nanny was only seen from the striped socks down), adult characters were often featured in the comic, usually as villains.

In one issue, Gonzo was revealed to be an alien, predating the revelation in Muppets from Space.

The first issue of the comic was dated May 1985, and the last issue was dated July 1989. There were 26 issues in total. The majority of the stories were illustrated by Marie Severin, with the back-up stories in the last two issues being drawn by Nate Butler. Writers for the series included Stan Kay, Laura Hitchcock, Angelo DeCesare and Bill Prady.

Harvey Comics later issued a Muppet Babies title, consisting of reprints of the Marvel run with new cover art (Harvey's editor in chief Sid Jacobson had presided over the Star line). In addition to two specials in 1992, the Harvey reprints ran from June 1993 until November 1994, totaling six issues in the regular run.

In 2017, Marvel Comics published the first collection of Muppet Babies comics in one omnibus. At 680 pages, the anthology collects all 26 issues, as well as Marvel Super Special #32, the comic book adaptation of The Muppets Take Manhattan. The book comes with two hardcovers: one with all the Babies for mass distribution, and another of Baby Kermit taken from issue #10 exclusively for comic book stores. Both were available beginning October 4, 2017 in comic books stores, and everywhere else on October 17, 2017. 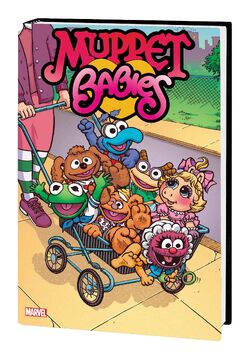 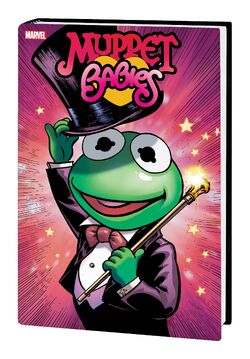 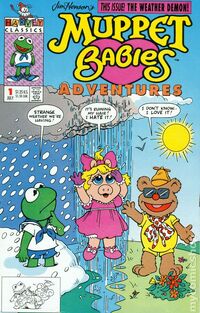 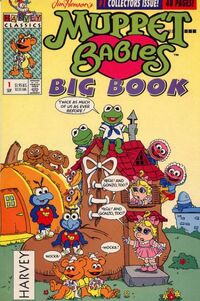 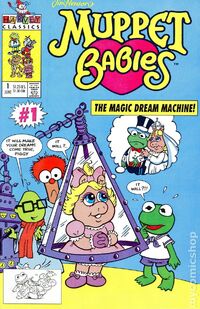 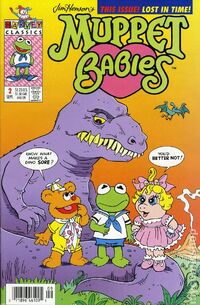 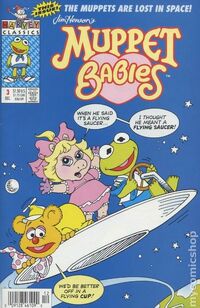 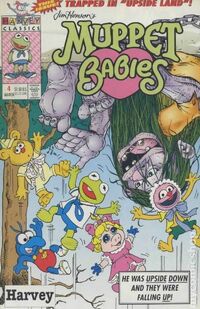 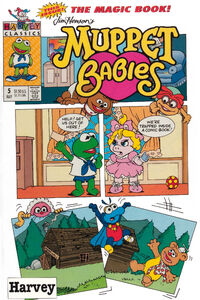 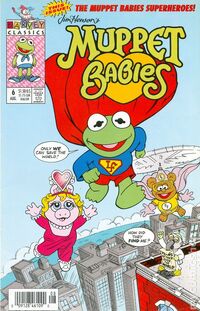