Muppet Monster Adventure is a 2000 video game for the Sony PlayStation released on November 7th.[1]

The game features the voices of Jerry Nelson, Bill Barretta, Kevin Clash, Dave Goelz, Frank Oz and Steve Whitmire, with music by Emmy award-winning composer Michael Giacchino, including the song "I Will Survive."

In the game, Robin the Frog teams up with Pepe the King Prawn, Bunsen Honeydew and Beaker to save five Muppets who have been turned into monsters at Baron Petri von Honeydew's castle. Kermit has become Ker-monster (a Frankenstein spoof), Miss Piggy is The Ghoulfriend (the Bride of Frankenstein), Fozzie is Wocka Wocka Werebear (a take on the Wolf Man), Gonzo is Noseferatu (a version of Dracula), and Clifford is the Muck Monster (resembling the Creature from the Black Lagoon). 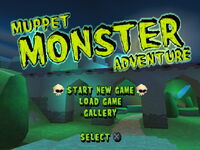 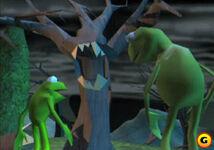 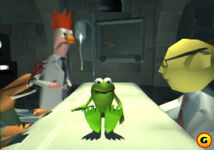 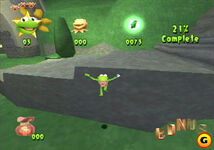 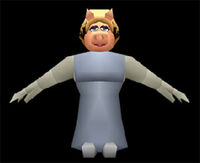 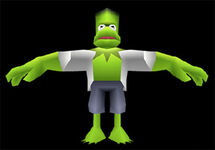 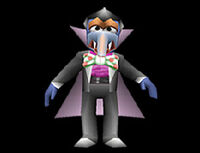 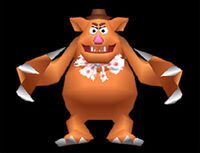 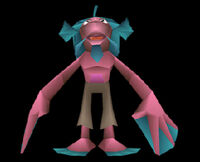 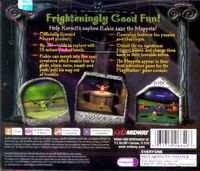 The back of the Muppet Monster Adventure case 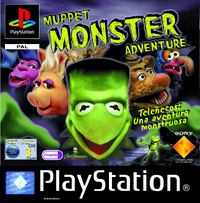 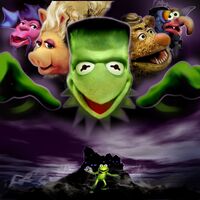 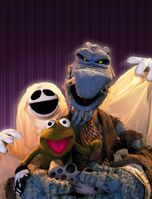