Muppet Music was a label that released various Muppet recordings from 1983 to 1984. The label was blue, and the logo consisted of Kermit sitting on a rainbow, playing a banjo shaped like a musical note, with the words "MUPPET MUSIC" written across the rainbow.

The Muppet Music logo was also used on the label and back cover of the soundtrack album of The Muppets Take Manhattan, although it was actually a Warner Bros. Records release. 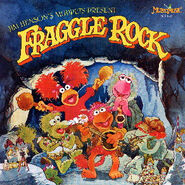 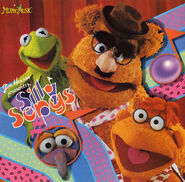 Silly Songs1984
Add a photo to this gallery

Retrieved from "https://muppet.fandom.com/wiki/Muppet_Music?oldid=1136527"
Community content is available under CC-BY-SA unless otherwise noted.