Various sources (including a Comics Spain figures catalogue poster and a German PVC collector's guide) list Sam the Eagle and Nigel to be a part of the series. Photo material of the figures - possibly prototypes - exists, but so far these figures have never been located.

It is uncertain whether the Swedish Chef is officially a part of the series. He appears as part of the Muppet Show troupe in the aforementioned Comics Spain figures catalog poster (see below); in later versions of the poster, the Muppet series only consists of five figures, and the Chef has become a part of a non-Muppet "jobs" series. He also does not wear the "HA" sign and has a 1982 copyright. 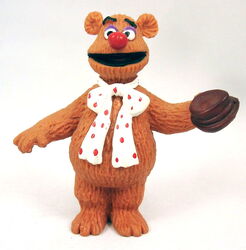 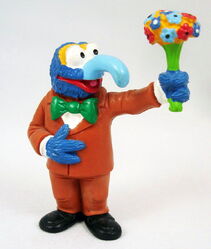 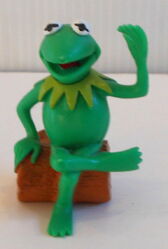 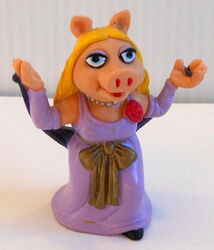 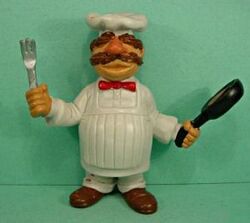 The full set of prototypes
Add a photo to this gallery

Retrieved from "https://muppet.fandom.com/wiki/Muppet_PVC_figures_(Comics_Spain)?oldid=1277368"
Community content is available under CC-BY-SA unless otherwise noted.