The set, "Muppet Parade of Stars", included four Muppets sitting in cars. The Muppet characters were finger puppets that could be removed from the cars. The Muppets are all dressed for winter weather.

There was also a sack issued with this kid's meal promotion. It is of note because it features lesser seen characters such as Link Hogthrob and Dr. Julius Strangepork. But the most notable feature is that an adult Skeeter is included, standing beside Scooter.

The Muppet finger puppets can often be found on eBay and at flea markets without the cars. 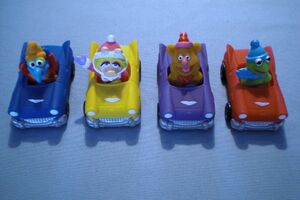 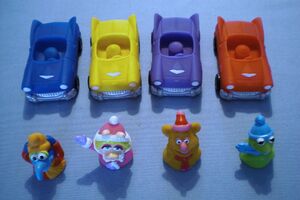 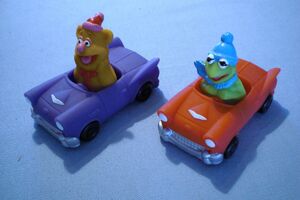 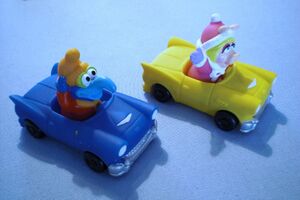 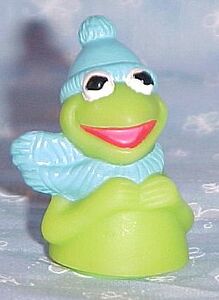 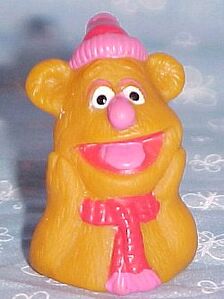 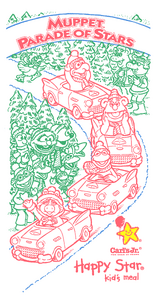 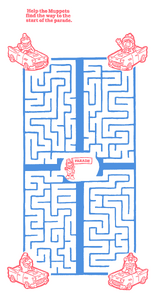 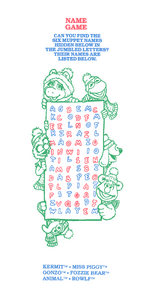 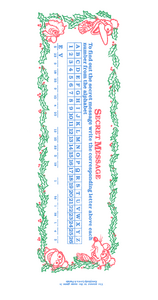 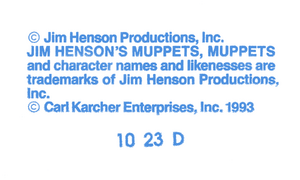 ‎
Add a photo to this gallery
Retrieved from "https://muppet.fandom.com/wiki/Muppet_Parade_of_Stars_toys?oldid=1074093"
Community content is available under CC-BY-SA unless otherwise noted.