Crafts company Tarco produced a line of Muppet Prestofix kits in 1977. The kits were colored tiles that could be arranged on a special backing to create mosaic pictures of the Muppet characters. Two large sets were produced, as well as several individual kits.

The characters depicted in the kits are all from The Muppet Show's first season. Because of this, the Miss Piggy and Gonzo mosaics are based on their early designs, and the kits include several characters who were rarely used in merchandise later on, including George the Janitor, Hilda and the Newsman. 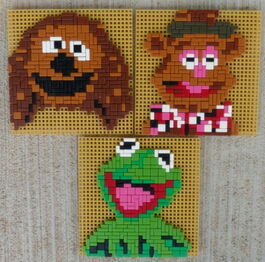 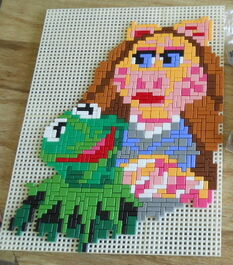 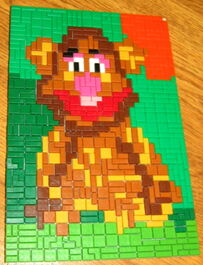 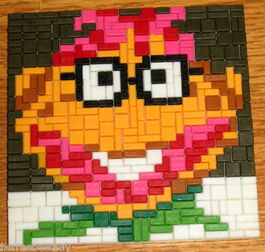 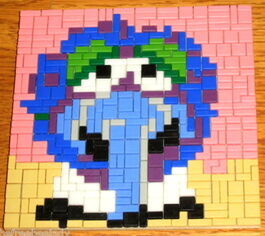 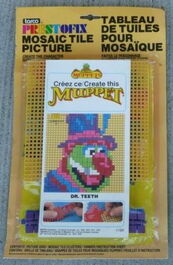 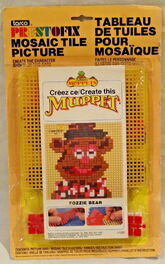 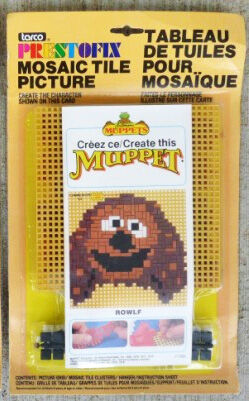 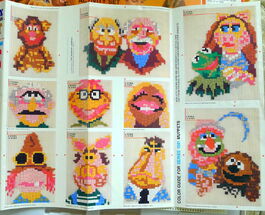 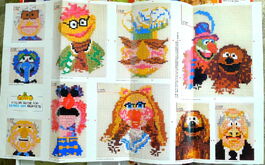 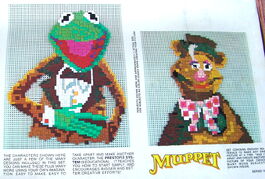 Add a photo to this gallery
Retrieved from "https://muppet.fandom.com/wiki/Muppet_Prestofix_kits?oldid=1074094"
Community content is available under CC-BY-SA unless otherwise noted.