This advent calendar was first released 1979 in the UK. It was re-released in Denmark & Sweden the year after by the company GEMO.

The calendar has a 3D effect. Pulling on Sweetums will make the first line of characters on the stage move sideways and Kermit's upper body will move as well. 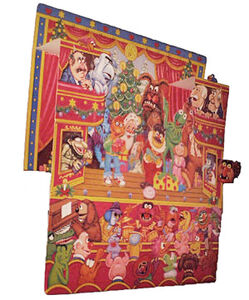 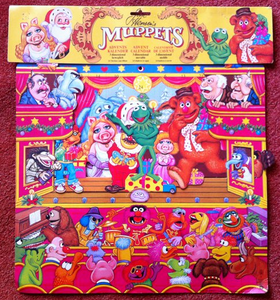 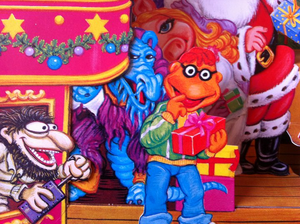 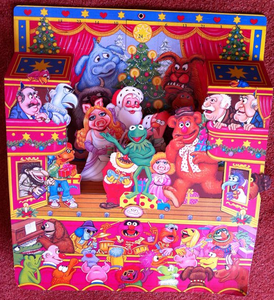