Palitoy released a series of six Muppet Show rubber finger puppets in the UK in 1978.

On the package, Fozzie is replaced by Rowlf, who was never produced as a finger puppet.

Although the set was produced in 1978, Miss Piggy looks like the 1976 puppet. Zoot is not wearing his hat and holds an orange saxophone. Animal is holding his drumsticks. The Dr. Teeth finger puppet is the first figural toy of Dr. Teeth.

Palitoy also made The Muppet Show Board Game. 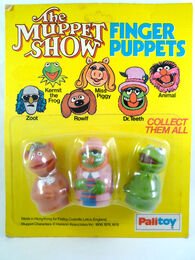 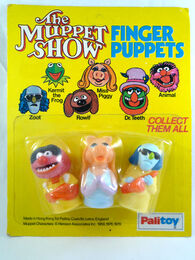 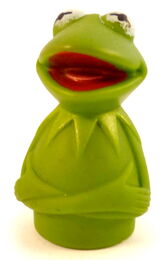 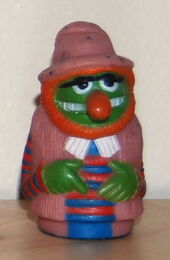 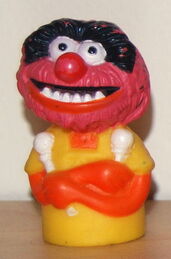 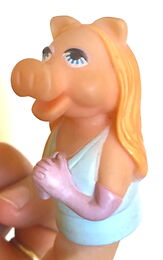 Add a photo to this gallery
Retrieved from "https://muppet.fandom.com/wiki/Muppet_Show_finger_puppets_(Palitoy)?oldid=1154084"
Community content is available under CC-BY-SA unless otherwise noted.