Presents produced a line of Muppet mugs in 1989. The "Mug Shots" collection was decorated with wanted posters of the Muppet stars, including a list of their known crimes. Miss Piggy has clearly edited her own wanted poster -- on her mug, the word "Wanted" is crossed out, and "Desired" written in its place, in Piggy's handwriting. 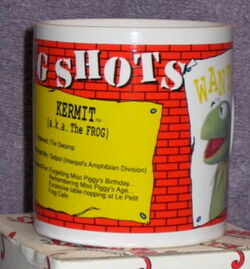 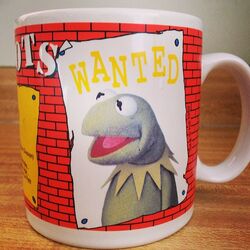 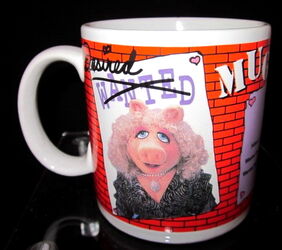 Miss Piggy (a.k.a. MOI)
Hideout: Better Stores Everywhere
Wanted By: Absolutely Everyone!
Wanted For: Grand theft chocolate... Speaking French without a license... Numerous counts of being far too fabulous. 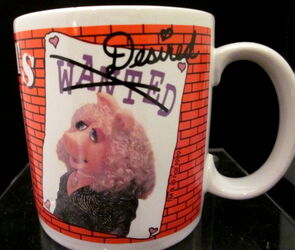 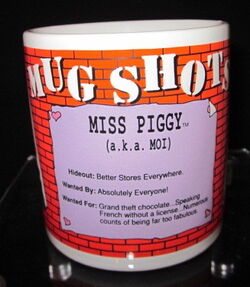 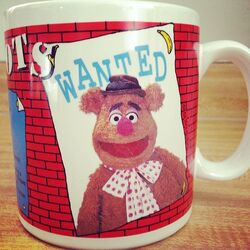 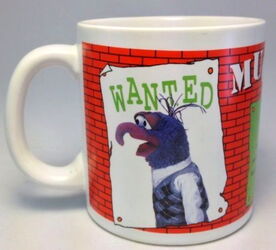 Gonzo (a.k.a. The GREAT)
Hideout: The Peek-a-Boo Hideout Hotel
Wanted By: FBI (Federal Bizarre Investigation)
Wanted For: Extreme weirdness in a paranormal zone... Last seen breaking the speed limit while being shot from a cannon. 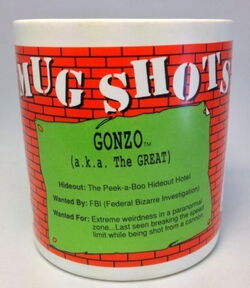 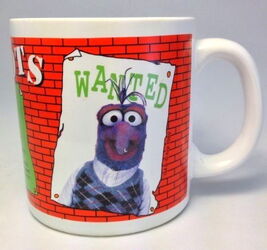 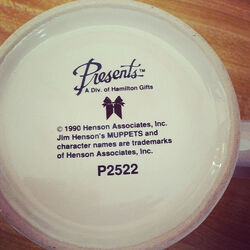 Add a photo to this gallery
Retrieved from "https://muppet.fandom.com/wiki/Muppet_mugs_(Presents)?oldid=1074397"
Community content is available under CC-BY-SA unless otherwise noted.