Fisher-Price produced the first set of Muppet Show plush toys, beginning in 1977. The packaging design used imagery from The Muppet Theatre, including the curtains, the footlights, the backstage area and the stage door. The color scheme for each character's packaging was also carried over in the packaging for Fisher-Price's Muppet Show Stick Puppets set.

Kermit the Frog doll, with velcro at the wrists and ankles 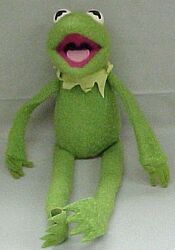 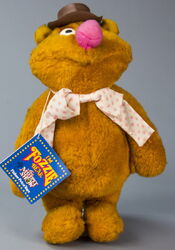 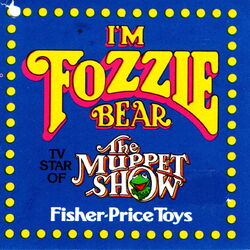 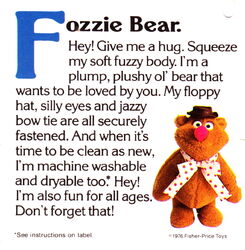 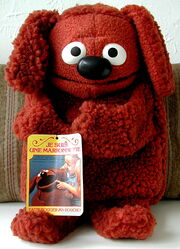 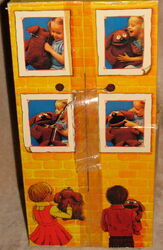 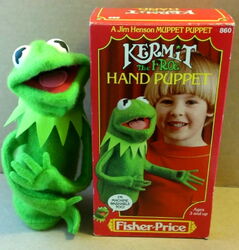 Kermit puppet, with moving mouth and velcro hands. This puppet was made from fleece custom-manufactured by Malden Mills; the same fleece was used to make the real Kermit at the time.[1] 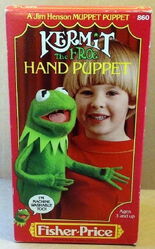 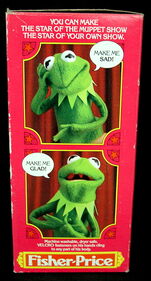 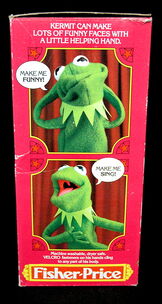 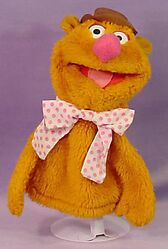 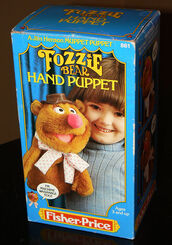 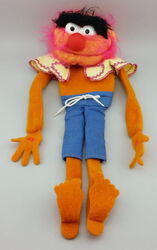 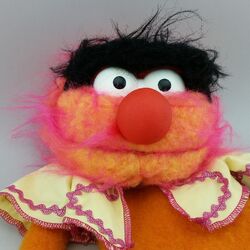 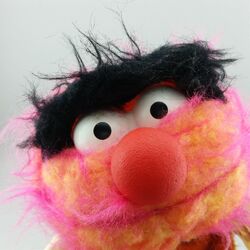 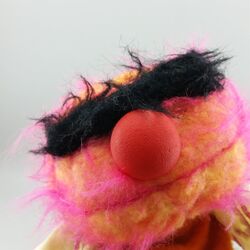 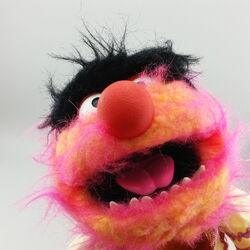 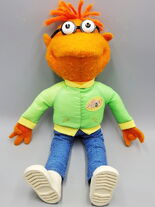 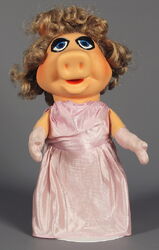 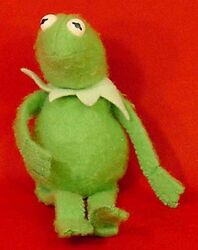 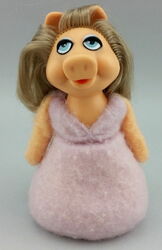 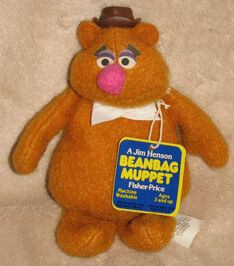 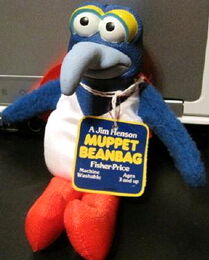