A Muppeteer, also known as a Muppet performer, is a puppeteer for the Muppets. The Muppeteers manipulate the puppets, provide voices, and otherwise brings life to the various characters.

Caroly Wilcox prepared a 1983 memo (during pre-production for Fraggle Rock) which illustrated and defined key aspects of the Muppet way of performing. As several of the new Fraggle Rock puppeteers came from non-puppetry backgrounds (mime, stage acting, stand-up comedy), the memo addressed some key factors which differed between performing solo or with a supporting cast of live actors. These included use and awareness of the monitor and how much the camera will display, physical position and using mics and rods, and other details. Wilcox indulged her sense of humor by remarking that the head is "often in the way;" that for puppeteering, a beard is "much preferred"; and illustrating a three-armed person (with head at the bottom to better watch the monitor) as the "ideal Muppeteer."[1] 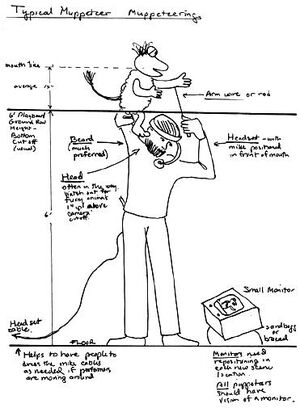 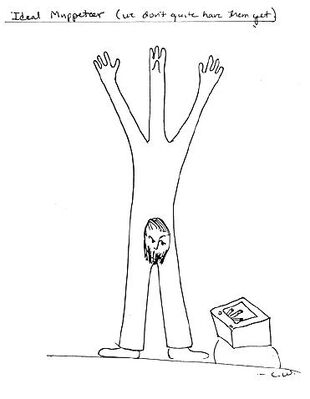 Ideal Muppeteer (We Don't Quite Have Them Yet)

The term Muppeteer derives from a portmanteau of "Muppet" and "Puppeteer". Prior to Caroly Wilcox's 1983 memo, the term had been used by the press as early as the 1960s to promote televised Muppet projects.[2] In a 1974 appearance on Wonderama, Bob McAllister quoted his young audience calling Jim Henson "a great Muppeteer", to which Henson and Kermit replied, "That's true! Oh yes, certainly."

However, according to an assessment by Brian Jay Jones, author of 2013's Jim Henson: The Biography, Henson had aversions to the term on one occasion:

“There was one term that Jim expressly would not allow to be used to describe his performers—and that was the word Muppeteer. While the media and others would use the term freely to describe Jim's occupation, Jim thought it was just a bit too gimmicky. In 1984, when the Apple computer company sent Jim a mock-up of a page from its annual report proudly hailing Jim as an Apple user and listing his occupation as "Muppeteer," Jim scratched darkly through the term and wrote "Muppet performer" beneath it. He was a performer or a puppeteer, not a Muppeteer.[3]”

Frank Oz commented in 2017 that "we're not crazy about being called 'Muppeteers'. It makes it sound like we're darling little elves. Waaaaaay too pejoratively cute. 'Muppet performers' is a better way to describe us."[4] He reiterated this stance when asked his opinion of the word, tweeting in 2018: "I have never liked it. It makes us sound like little elves."[5] During a 2021 interview with The Guardian, Oz winced when Henson and he were referred to as 'Muppeteers,' firmly responding "That makes us sound like Santa's elves! 'Performers' is fine."[6]

Expressions of distaste for the term aside, in addition to the aforementioned memo by Wilcox, it has been used in subsequent publications including No Strings Attached.

Since the early days of Sam and Friends, Jim Henson and his colleagues employed different techniques to bring their characters to life. In most cases, the puppeteers hold the puppets over their heads. Muppeteers work in several different ways to get the effect that is needed on the television screen. Usually, Muppeteers perform their characters above their heads, standing. All of the sets are raised about 5' for this reason.

To see their performance, they watch what is being recorded on a monitor, or a small television, which allows them to see what the audience will see. However, it takes a long time to get used to working in this manner, since certain things are reversed in the monitors (If a puppet turns left, it looks as if it's turning right on the monitor). Muppeteers often tape their scripts to these monitors to read off of as well.

In a 2018 interview with Splitsider, Dave Goelz detailed the other things a Muppeteer has to keep in mind while performing:

“All the acting things: remembering lines, playing the emotion of the scene, listening to the other character, moving within the scene. Then logistics: not tripping over cables, changing to another monitor when your character moves, or when another puppeteer blocks your view. When picking up a prop, you have to look up at the prop, so you can’t see the monitor for a bit. You have to keep the puppet from going dead. There are so many levels of multitasking that you can only learn by doing. Even then, it takes years.[7]”

A hand-rod puppet is a puppet which is controlled by both hands. The puppeteer's dominant hand goes into the head of the puppet, operating the mouth, and at times, facial features. The puppeteer's less dominant hand controls the "arm rods", thin rods connected to the puppet's hand or hands. Examples of this type of puppet are Kermit the Frog, Miss Piggy, Gonzo, Bert, Elmo, Grover, the Fraggles, and others.

The hands for these puppets are actually gloves, which the puppeteer puts his or her less dominant hand into. This way, the puppet is able to manipulate objects, like picking things up or playing a piano. These puppets tend to be large to stay in proportion with the large human-sized hands. Since the lead puppeteer has one hand in the head and the other hand in one of the puppet's arms, another puppeteer is usually used to operate the other hand (or sometimes both, in more complicated scenes). Examples of this type of puppet are Cookie Monster, Fozzie Bear, Ernie, The Swedish Chef, Rowlf the Dog, Dr. Bunsen Honeydew, Beaker, Count von Count and many others.

With live-hand Muppets, since the principal puppeteer often has their right arm in the puppet's head, they will use their left hand to manipulate the puppet's left arm. As such, a second puppeteer is needed to perform the puppet's right hand. Many Muppet performers get their start "right-handing" characters.

Full-Bodied Muppets are large-scale characters who combine elements of puppetry and costumery. Examples of this type of puppet include Big Bird, Sweetums, the Gorgs, Thog, Mr. Snuffleupagus, Barkley, and others.

Muppeteers generally build their skills through apprenticeship, working their way up within the Muppet ranks—typically starting with assisting other performers, right-handing live-hand puppets, performing background characters and assisting with crowd scenes.

Muppeteer workshops have been held throughout the years by the Henson Company and Sesame Workshop to find and foster new up-and-coming puppeteers. Muppeteers who have been discovered through workshops include John Tartaglia, Fran Brill, Matt Vogel, Eric Jacobson, Richard Hunt, Pam Arciero, Martin P. Robinson, and several others.

Some of the early Muppeteers—such as Jerry Juhl, Frank Oz and Caroll Spinney—were discovered by Jim Henson at the Puppeteers of America festivals.

For a full list of performers, see Muppet Performers. 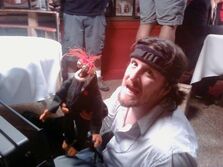 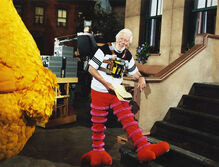 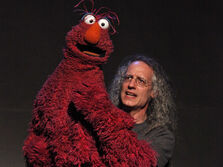 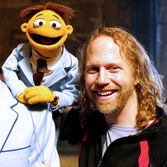 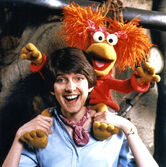 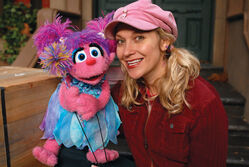