In 1995, Canadian McDonald's restaurants offered a series of 4 Muppet hockey-player plush figures for sale with any food purchase. Characters include Kermit, Fozzie, Miss Piggy, and Animal. These NHL theme toys are about 10-11 inches tall; two have plastic heads, the other two had stuffed heads. Each wears a hockey uniform with skates, a helmet and a plastic hockey stick. Their t-shirts say "Muppet Conference NHL" on the front and have their names are on the backs. Fozzie is dressed as the goalie. Animal's skates are strapped onto his bare feet rather than being attached to boots. 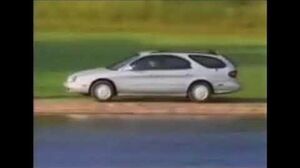 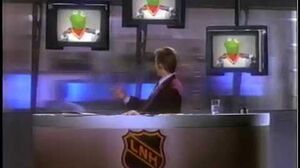 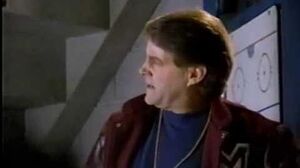 Retrieved from "https://muppet.fandom.com/wiki/Muppets_NHL_McDonald%27s_Plush?oldid=1276756"
Community content is available under CC-BY-SA unless otherwise noted.