Muppets Tonight is an updated version of The Muppet Show, set in a television studio. The show aired in 1996 on ABC, and was cancelled after ten episodes had aired. The full run of 22 episodes aired on Disney Channel from 1997 to 1998.

The premise of Muppets Tonight was that Clifford was the host of a variety show on KMUP. Most of the shows stuck closely to the Muppet Show format of various skits interspersed with some sort of backstage story (usually a crisis). The show featured a laugh track, similar to the one used on The Muppet Show. One big difference between the two shows is that on Muppets Tonight, it was much more common for audiences to only see half of an on-stage act (especially musical numbers), as many acts would begin and shortly afterwards would cut to a backstage scene (or a comment from Statler and Waldorf). Another difference is that while each episode of The Muppet Show only had one or two featured guests, and no additional humans appearing on-screen, many episodes of Muppets Tonight often featured cameos by celebrities in addition to the featured guest star. Some of these celebrities also took part in episode subplots. Also, while it was rare for any scenes on The Muppet Show to take place outside of The Muppet Theatre, many episodes of Muppets Tonight had scenes taking place outside of the station.

Among the regular sketches were "Bay of Pigswatch"; "Pigs in Space: Deep Dish Nine" (a spin-off from The Muppet Show's "Pigs in Space"); "EIEIO-R"; "Tales from the Vet", and "Great Moments in Elvis History".

There have been no commercial releases of the show on DVD or video, but Brian Henson has expressed hope for a DVD release of the series after season five of The Muppet Show.[1]

In a newspaper interview, Brian Henson talks about the show focusing on the new characters instead of the classic characters.

“We've got that core, classic group, which is Kermit and Piggy, Fozzie and Gonzo, and four or five others. (But) we quickly realized that if we put those guys right in the center of the show, there wouldn't be much space for new character development. And what we wanted to do was create another sort of experimental, very creative atmosphere for 'Muppets Tonight!' that could grow new characters.[2]”

Brian Henson said about the decision to put the Muppets in another TV series, "We were waiting until enough time had passed from the original 'Muppet Show' where we didn't feel like we were doing something that we had already done once."[2]

A second season was commissioned by the Disney-owned network ABC, which ultimately opted not to continue running the low-rated show. Season 2 later debuted on The Disney Channel in hour-long blocks which were generally hosted by Gonzo and Rizzo and consisted of an unseen episode and a Season 1 rerun. These reruns included the UK spots which were omitted from the original ABC broadcasts.

Reruns of Muppets Tonight aired in syndication in countries outside of the United States, though, often packaged with the MuppetTelevision segments of The Jim Henson Hour (retitled The Jim Henson Show), and episodes of The Muppet Show. 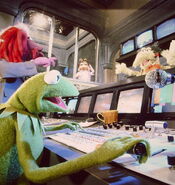 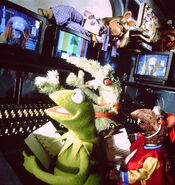 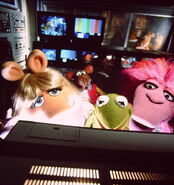 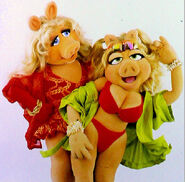 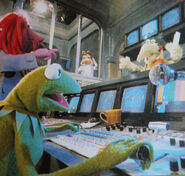 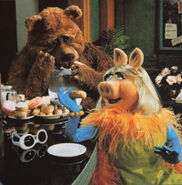 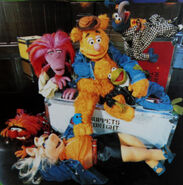