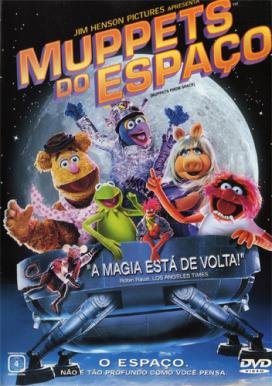 Muppets do Espaço is the Brazilian Portuguese-language dub of Muppets from Space; edited by Estúdios Delart, Rio de Janeiro and released in Brazil.

It marks the return of Brazilian voice actor Márcio Simões as the voice of Gonzo, while Isaac Schneider, who had voiced the character in Um Conto de Natal dos Muppets (A Muppet Christmas Carol) and Os Muppets na Ilha do Tesouro (Muppet Treasure Island) is given the role of Pepe.

In previous Muppet movies dubbed in Brazil, Miguel Rosenberg had provided the voice of Waldorf and Mário Monjardim that of Statler. In this movie, they reversed it.

Retrieved from "https://muppet.fandom.com/wiki/Muppets_do_Espa%C3%A7o?oldid=1222863"
Community content is available under CC-BY-SA unless otherwise noted.