Muppets On Location: Days of Swine and Roses was a live show at the Disney-MGM Studios (now known as Disney's Hollywood Studios) in Walt Disney World, Florida. The plot revolved around the Muppets filming a movie. The Muppets characters also interacted with the audience, too, making the show more interactive.

The show opened on September 16, 1991, two weeks after the Here Come the Muppets attraction closed. It played for nearly three years in an outdoor location near Muppet*Vision 3D. The show closed in 1994.

The show was directed by Anita Mann. The vocal track for the show was originally meant to be recorded in May 1990 in New York City, but the recording session was canceled just prior to Jim Henson's admittance to the hospital and passing.[1] 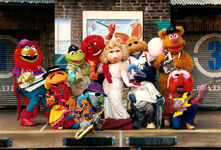 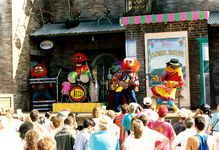 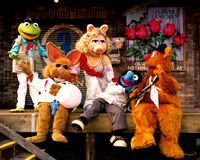 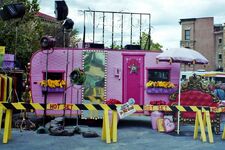 Retrieved from "https://muppet.fandom.com/wiki/Muppets_on_Location:_Days_of_Swine_and_Roses?oldid=1097233"
Community content is available under CC-BY-SA unless otherwise noted.