Henry is a monster who lives on Sesame Street and is friends with Big Bird. When Big Bird asks Henry if he wants to go to the park to play baseball, he says he can't because his baby brother, Calvin, is asleep.

Henry invites Big Bird inside, and once there they hear a terrible noise, which signals that Calvin is awake. Henry's mom introduces the baby to Big Bird, and she tells them they can head to the park after she fixes Calvin's cereal. They play with blocks, but Calvin knocks them over and pulls Henry's fur. Big Bird asks Henry why he doesn't tell him not to do that, but he explains that Calvin is just a baby and doesn't understand that it hurts.

Before he can eat his cereal, Calvin soils his diaper and needs it changed, and then he makes a mess while eating his lunch. Finally Henry breaks down and cries, admitting that he wishes he didn't have a little brother. His mother hugs him and says she understands that it is difficult, but Calvin is lucky to have such a good big brother, and she takes them to the park. While there, Calvin utters his first words, "En-wee", his understanding brother's name. 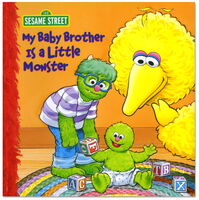 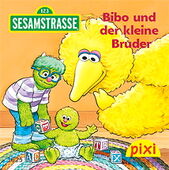 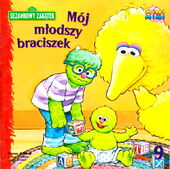