"NTV"[1] is a Sesame Street song parodying the 1980s new wave music scene. On the MTV-spoofed channel of the same name, host Nora Nicks introduces the newest hit song from Nick Normal and the Nickmatics, referred to in the segment as "The Letter N."

In the song, Nick Normal sings about his Friday afternoon, and the events that happened (featuring cutscenes throughout the song), which all involve negative words beginning with "N" (Nothing, Never, and No), eventually leading to a giant animated letter N appearing at the end of the video, much to Nick's horror. 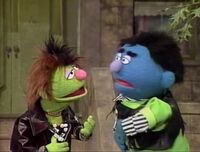 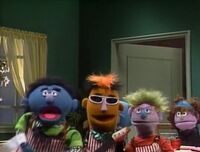 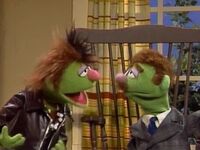 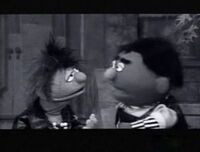 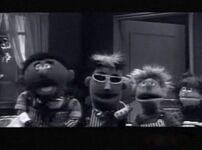 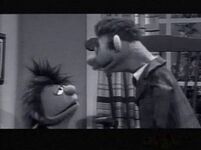 No
Add a photo to this gallery