Kermit the Frog made a live appearance at the 17th National Television Awards from the 02 Arena on January 25, 2012, presenting the "Entertainment Presenter" award. The X Factor host Dermit O'Leary was previously scheduled to present.

Additionally, there was also a segment featuring The Muppets where they attempted to get their show re-commissioned by a selection of top TV bosses.[cite] 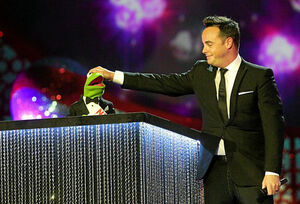 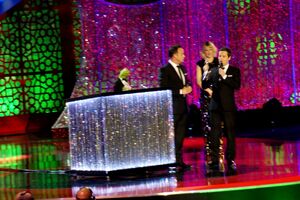 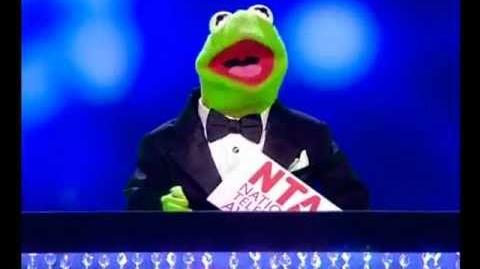 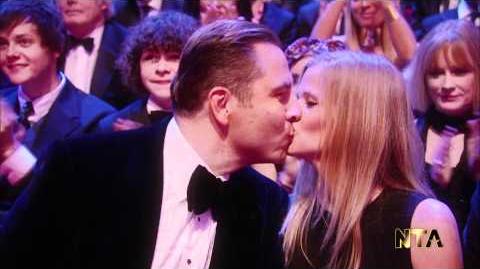 Wikipedia has an article related to:
National Television Awards
Retrieved from "https://muppet.fandom.com/wiki/National_Television_Awards?oldid=1097511"
Community content is available under CC-BY-SA unless otherwise noted.