New York is a weekly magazine dedicated to the life, culture, politics and style of New York City which was founded in 1968 as direct competition to The New Yorker. Their online presence includes several subsites such as pop culture site Vulture, host of the Vulture Festival. 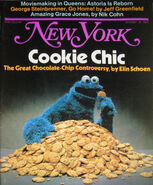 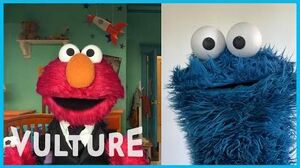 On May 27, 2020, Elmo and Cookie Monster appeared in a video interview with Kathryn Vanarendonk on Vulture.com, to promote The Not-Too-Late Show with Elmo.

Wikipedia has an article related to:
New York (magazine)
Retrieved from "https://muppet.fandom.com/wiki/New_York_(magazine)?oldid=1280638"
Community content is available under CC-BY-SA unless otherwise noted.