The New York Stock Exchange (NYSE) is a stock exchange located at 11 Wall Street, Lower Manhattan, New York City, New York, United States. It is by far the world's largest stock exchange by market capitalization of its listed companies with an average daily trading value of approximately US$169 billion in 2013.

Kermit the Frog appeared at the exchange on March 17, 2014 while promoting Muppets Most Wanted to ring the opening bell.

Miss Piggy appeared at the exchange on February 1, 2016 while promoting The Muppets to ring the opening bell. 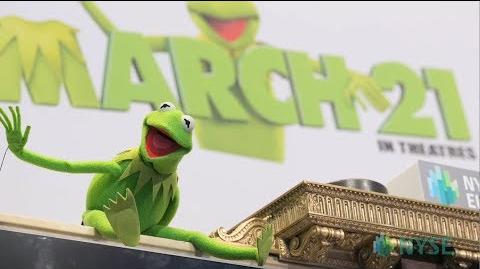 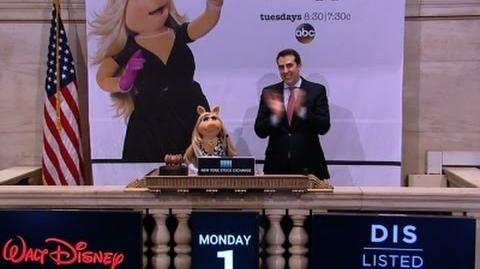 Retrieved from "https://muppet.fandom.com/wiki/New_York_Stock_Exchange?oldid=1097595"
Community content is available under CC-BY-SA unless otherwise noted.