Northern Calloway (January 22, 1948 - January 9, 1990) played David on Sesame Street from 1971 through 1989, and also voiced Muppet characters such as Baby Breeze, Same Sound Brown, and the Anything Muppet hipster in the Sesame Street version of the Visual Thinking sketch.

Calloway began his career in 1966 with the Lincoln Center Repertory Company just two days after graduating from the High School of Performing Arts in New York City. During the next season he appeared at the Shakespeare Festival in Stratford, Ontario, in A Midsummer Night's Dream and The Three Musketeers. On Broadway he was in The Me Nobody Knows and the Off-Broadway rock musical Salvation. He understudied, and subsequently replaced, Ben Vereen as the Leading Player in the Broadway hit Pippin, a role he also played in London and at the Paper Mill Playhouse in Millburn, N.J.[1] Calloway was also seen on Broadway in 1980 as the orderly in Whose Life Is It Anyway? with Mary Tyler Moore, and as Louis Armstrong in the New Federal Theater's production of Louis in 1981. On television, Calloway appeared in the 1972 CBS special The Funny Papers, playing Lt. Flap from the Beetle Bailey comic strip.

Calloway was heard on many Sesame Street albums, including his solo record, David, Daydreamin' on a Rainy Day. He co-wrote eight songs on Daydreamin with Gavin Spencer, four songs on the 1978 album On the Street Where We Live - Block Party! (also with Spencer), and the Sesame Street song "David's Street Fever" with Sam Pottle.

His non-Sesame recordings include the cast album from The Me Nobody Knows, a single on United Artists Records in 1973, and several songs as co-writer including "Only the Moon and Me" recorded by Lena Horne for her 1971 album Nature's Baby (which also featured her solo recording of "Bein' Green").

Calloway also worked on two children's books in the mid-1970s, although they were not related to the Sesame Street show. He was given a credit of "conceived by" on the books' covers and title pages, and they were written by Carol Hall and illustrated by Sammis McLean.

The first book, I Been There (1977), tells the story of a boy who imagines a trip to outer space, where he meets an alien described as a "nineteen-foot-tall gorilla-bat" who plays basketball with him.

The second book Super-Vroomer! (1978), contains an introductory note from Calloway that the story is based on events from his childhood. The book tells the story of three friends (who also appeared in the first book) and their attempts to build a racecar and enter it in a neighborhood race.

Calloway had a nervous breakdown in 1980, leading to an incident that saw him jailed.[2] Despite the incident, he remained on the show, and little was mentioned at the time about the incident.

Calloway left the show in 1989; according to a spokeswoman for the Children's Television Workshop, he had retired for medical reasons, and his character was written out.[3] However, there was also speculation that, in addition to his health, behavior problems on and off the set led to his being fired. In one incident, Calloway reportedly bit music coordinator Danny Epstein during an on-set fight, and later showed up unannounced at actress Alison Bartlett's high school and proposed to her (Calloway was 23 years Bartlett's senior).[4][5] As is indicated in Street Gang: The Complete History of Sesame Street, several of Calloway's fellow cast members observed subtle clues about his sometimes erratic behavior and kept their distance. 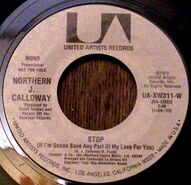 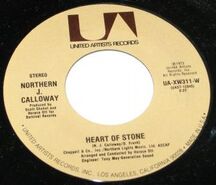