The Sesame Street Muppets Big Bird, Ernie, Bert, and Oscar the Grouch made an appearance on the March 26, 1977 episode hosted by Mireille Mathieu. Mathieu argued with Oscar, was surprised at the size of "canary" Big Bird, and sang a rousing "Tous Les Enfants Chantent Avec Moi" ("All the Children Sing with Me") accompanied by Ernie playing the piano and Bert strumming the guitar. While Big Bird danced with her, even Oscar joined in on singing the song. 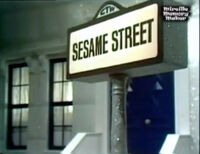 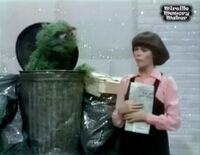 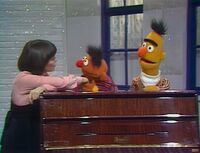 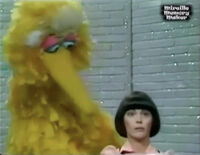 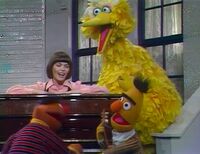 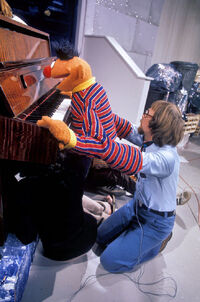 Retrieved from "https://muppet.fandom.com/wiki/Num%C3%A9ro_un?oldid=1196391"
Community content is available under CC-BY-SA unless otherwise noted.