Numbers is an interactive Sesame Street computer game that was originally produced by the Children's Television Workshop with Philips Interactive Media in 1991.

First released for the Philips CD-i as one of two games in the "A Visit to Sesame Street" series, the game was converted for the 3DO console by Electronic Arts (1994), then re-released on CD-ROM by Creative Wonders (1995-1997), The Learning Company (1998), and Encore Software (2001). The game was also included in the Sesame Street Learning Series: Toddlers Deluxe set. CD-ROM releases feature some altered visuals, including a new intro showing the Around the Corner set, which was not conceived when the game was initially released.

Elmo guides the user around Sesame Street while number recognition, counting, adding, subtracting, and other math skills are encouraged. Other characters include Ernie, Bert, Big Bird, and the Count.

As with the companion release, Letters, this game features posthumous voice-over work by Jim Henson as Ernie and Kermit the Frog. A special thanks message 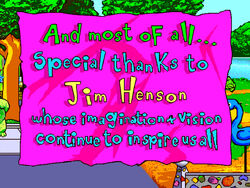 to Henson is seen at the end credits. 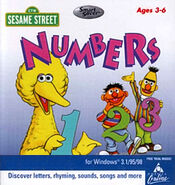 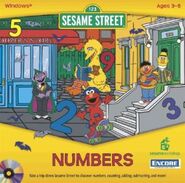 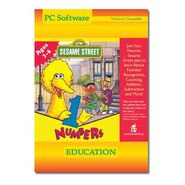 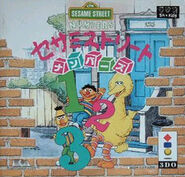 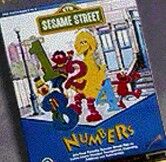 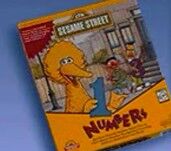 Each room in the game is equipped with a radio on which three stations are tunable: W123, W357 and K100 featuring Jerry Nelson as the deejay. Each station plays commercials, songs and News Flashes by Kermit the Frog (Jim Henson). Songs included are:

It's a Lovely Eleven Morning

In and Out Crowd

I Love My Bones

Some, More, and Most

The Old Woman Who Lived in a Nine

An owl and a bird compromise.

Two gorillas scratch each others backs.