ODDA's 9th issue, published in Fall/Winter 2015, features fashion spreads with Miss Piggy and Kermit the Frog. The 100-page heavy issue features six different variant covers, among them one with Miss Piggy and one with Kermit, and an additional 16 pages with Muppet content. Among the photos are stock images, as well as new content photographed by Dominick Guillemot. Isabel Buenaventura served as Fashion Editor, David Martin served as Creative Director, and Alba Melendo served as Art Director. The photo spreads are followed by interviews with each of the characters by Zurain Imam.

This issue is called "ICONS", and Editor-in-Chief David Martin explains, "When we began to plan this issue we decided to dedicate the Fall / Winter 2015 season to ICONS from Fashion, Culture, Art and other spheres. In Fashion, just as in those books of fashion sketches and my collections of notes, I notice how pervasive the icon is to the journey of finding our identities. An Icon is not merely an individual who is a point of reference for us however, they have been, and continue to be instrumental in the ebb and flow of culture creating movements as infamous as they are. They invade the scrapbooks of those in the fashion and art industries, and serve as muses that somehow have an afinity [sic] to be recodified and reinvigorated into the unlikeliest of forms." 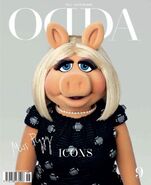 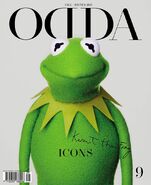 Page 123
The Muppets
by Anna Hilderman 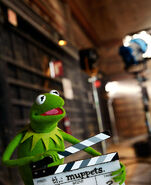 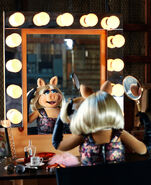 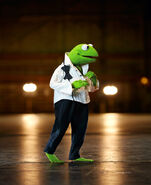 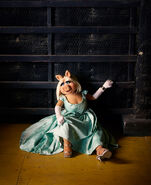 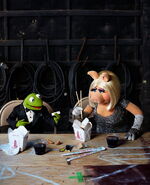