OK! is a British weekly magazine which specializes in celebrity news. Its first monthly issue was published in 1993 in the United Kingdom. A United States version was launched in 2005, followed by India and Mexico in 2006, Bulgaria in 2007 and Spain in 2008.

In an exclusive online video posted on June 13, 2012, Kermit the Frog and Pepe the King Prawn appeared to promote the British home video release of The Muppets. They talked about Twilight, diets and Kermit and Miss Piggy's 15 different sadfaces. 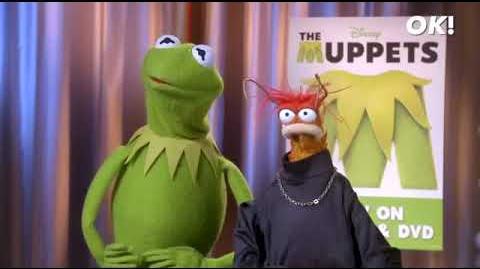 Wikipedia has an article related to:
OK!
Retrieved from "https://muppet.fandom.com/wiki/OK!?oldid=1097793"
Community content is available under CC-BY-SA unless otherwise noted.