In most appearances since the 1990s, the old farmer was a Green Anything Muppet. However, he reverted back to his original Pumpkin form when he appeared in the Elmo's World episode "Farms." 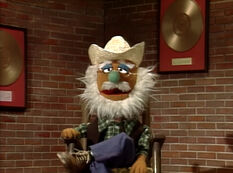 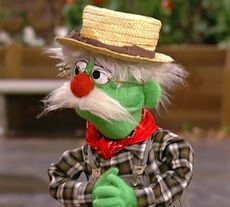 Retrieved from "https://muppet.fandom.com/wiki/Old_MacDonald?oldid=1176715"
Community content is available under CC-BY-SA unless otherwise noted.