One Frog Can Make a Difference: Kermit's Guide to Life in the ‘90s is a self-help parody written by Kermit the Frog.

The cover of the book depicts Kermit as Atlas, spoofing Lee Lawrie's famous sculpture on Fifth Avenue at Rockefeller Center in New York City. Other references include The Sphinx, The Oprah Winfrey Show, The Frugal Gourmet, Newman's Own, Peanuts, Patton, The Bridges of Madison County, Washington Crossing the Delaware, Special K, and Mr. Smith Goes to Washington. 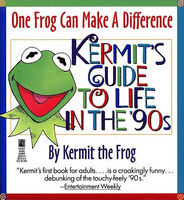 Paperback
Add a photo to this gallery 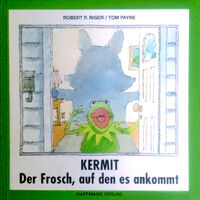 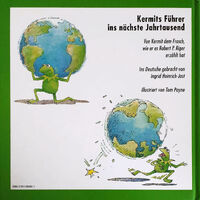 (backside)
Add a photo to this gallery
Retrieved from "https://muppet.fandom.com/wiki/One_Frog_Can_Make_a_Difference?oldid=1281529"
Community content is available under CC-BY-SA unless otherwise noted.