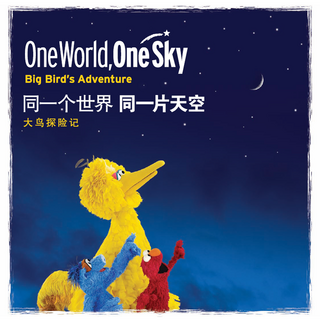 One World, One Sky: Big Bird's Adventure is a planetarium show developed for the United States and China. Designed as an introduction to astronomy for children, Big Bird, Elmo and Hu Hu Zhu embark on a journey through space to learn about the sun, stars and constellations. On an imaginary trip to the Moon, the trio discover how different it is from Earth. They learn how to find the Big Dipper constellation and the North Star, and there's a sing-along of "Twinkle Twinkle Little Star".[1]

Sesame Workshop CEO Gary Knell says that the show is an advance for educating young children about space: "There's just not a lot of other programs out there that engage little kids without scaring them half to death in a dark room... This will give them an introduction and hopefully instill in them at a very young age a love for science."[1]

The film premiered at the Beijing Planetarium on September 26, 2008, while the U.S. version opened on October 17, 2008 at the Adler Planetarium in Chicago, Illinois. The show opened at the Smithsonian National Air and Space Museum in Washington, D.C. on April 21, 2009[1] and continues to play at a number of venues. 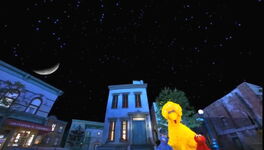 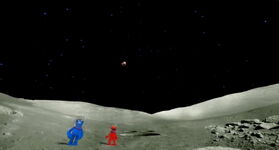 Hu Hu Zhu and Elmo on the Moon. 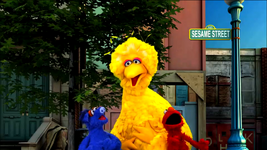 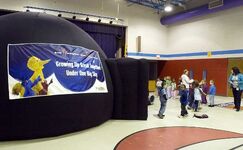 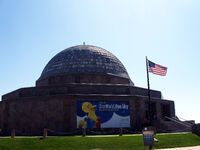 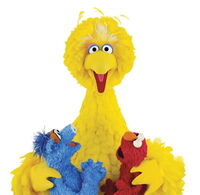 For the Washington, D.C. premiere on April 21, 2009, Elmo appeared with children from the Peabody Early Childhood Center at the Smithsonian's National Air and Space Museum to announce the PNC "Grow Up Great with Science" grant awarded jointly to the Museum and District of Columbia Public Schools. The press dubbed Elmo, in his spacesuit attire, "Elmo the Elmonaut." 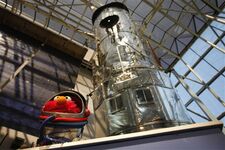 Elmo and the museum's model of the Hubble Space Telescope 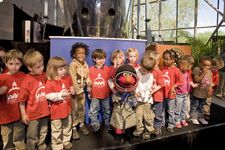 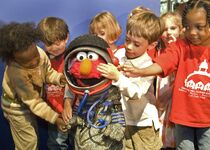 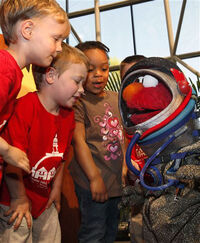 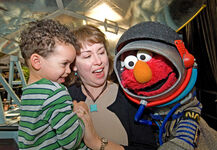 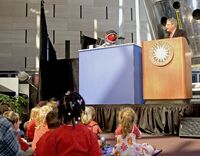 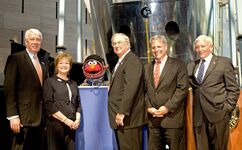