"One of These Things" was a song regularly used on Sesame Street for sketches where viewers would be shown a group of four items, one of which was different from the other three, and they would have to identify the item which didn't belong. A similar song that asks the inverse question is "Three of These Things".

A series of animated segments from season 4 featured an instrumental of the song over visuals of footprints or shoes in a graph. 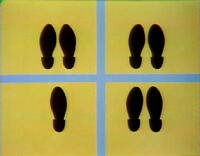 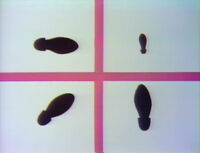 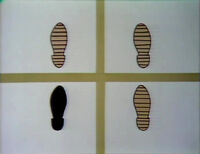 Retrieved from "https://muppet.fandom.com/wiki/One_of_These_Things?oldid=1366272"
Community content is available under CC-BY-SA unless otherwise noted.