Out There with Melissa DiMarco is a celebrity interview television series merged with a scripted comedy about the life of an entertainment journalist. The series airs on Citytv, OMNI TV, OutTV, and Pizza Pizza Television, a closed-circuit channel in a chain of Canadian pizzerias.

A segment with Kermit debuted on the series' YouTube channel in November 2011, as promotion for The Muppets.

In March 2014, DiMarco interviewed Miss Piggy in promotion for Muppets Most Wanted. Piggy took issue with DiMarco's flirting with Kermit last time and ended the interview by beating her up.

To a lesser extent, DiMarco did a segment, setting up Make a New Friend with the walkarounds of Elmo, Cookie Monster, Abby, and Grover from Sesame Street Live at the Sony Centre in Toronto. 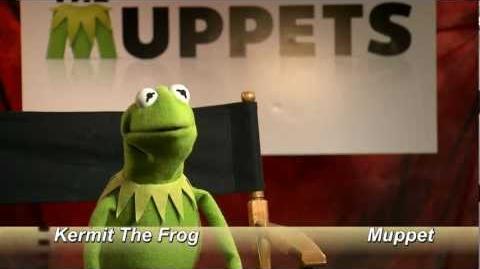 Out There Update - The Muppets 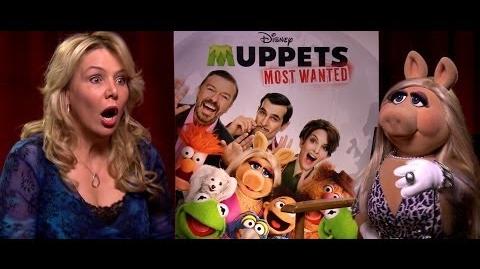 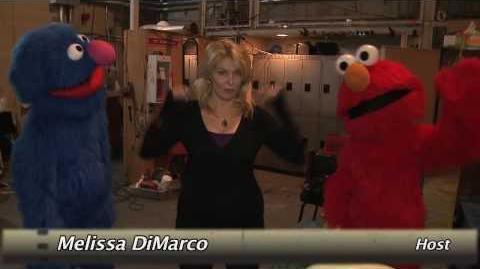 Retrieved from "https://muppet.fandom.com/wiki/Out_There_with_Melissa_DiMarco?oldid=1098091"
Community content is available under CC-BY-SA unless otherwise noted.