The series aired on Nick Jr. in its co-producing country, the United Kingdom. 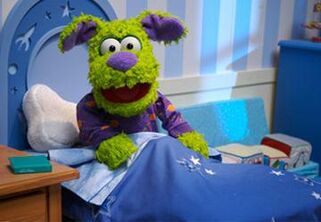 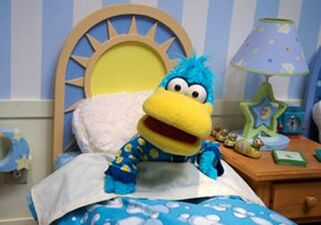 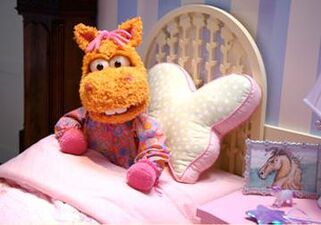 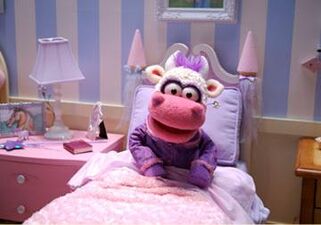 CowBella
Performers: Alice Dinnean, Sarah LyleCowBella is a pink, purple and white cow with an Italian accent, who sometimes speaks using Italian phrases such as "Buon giorno" or "Mamma mia!"(only in the shorts). She is a very well-mannered cow and loves elegance. She also enjoys playing dress-up. Her name is a pun on the Italian phrase "Ciao bello". In the full-length TV series, she doesn't have an Italian accent.