Pal of the Month is a Sesame Street plush line released throughout 2000. One toy was released for each month of the year; each character had a stamp on the bottom of one foot marking the month. The toys were released under the label of two different subsidiaries owned by Mattel -- Tyco for the first three months, and Fisher-Price for the rest of the year. The toys were sold exclusively at Kmart. 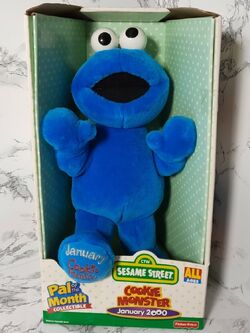 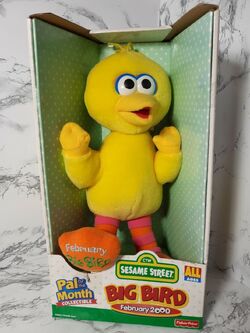 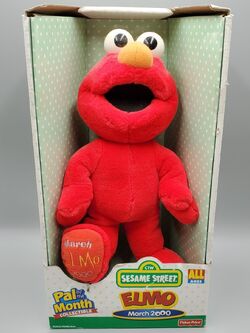 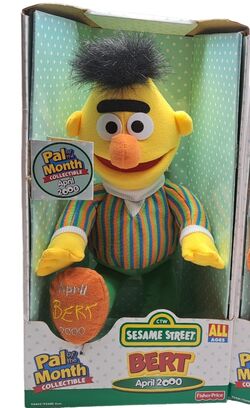 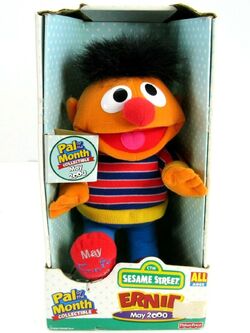 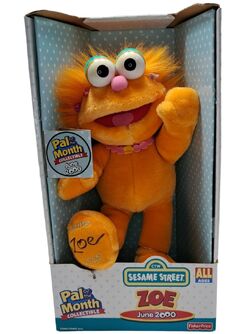 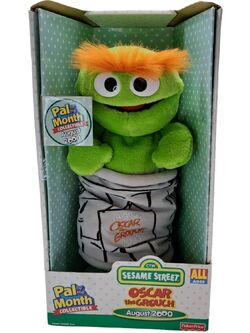 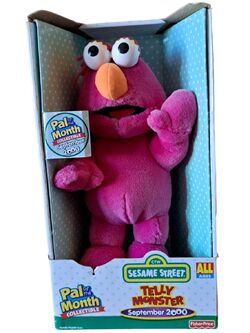 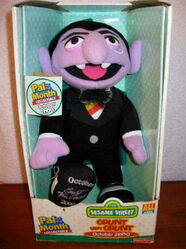 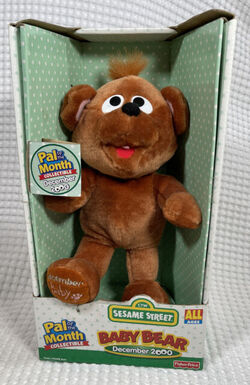 Baby Bear
December
Add a photo to this gallery

Retrieved from "https://muppet.fandom.com/wiki/Pal_of_the_Month_plush?oldid=1187193"
Community content is available under CC-BY-SA unless otherwise noted.