Pampers is a brand of baby products marketed by Procter & Gamble. Pampers were first introduced in 1961.

In 1984, Hasbro produced a set of two Muppet Babies plush toys as a premium for Pampers diapers, featuring Baby Kermit and Baby Piggy. 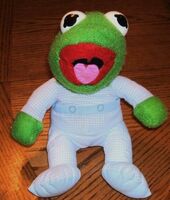 Pampers has been marketing diapers and other baby products with Sesame Street characters on them since 2000. The diapers originally came in 16 designs, featuring Big Bird, Elmo and Cookie Monster.[1] 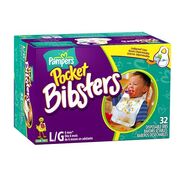 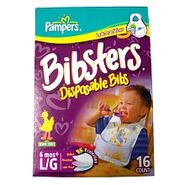 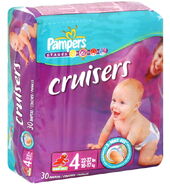 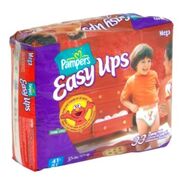 In 2007, Cosar Editores produced a set of six CDs for Plaza Sésamo as a premium for Pampers diapers in Chile.

Yo Me Porto Bien

El Mundo Que Me Rodea
Add a photo to this gallery

The stage show Iftah ya Simsim: Treasure Hunt, in Saudi Arabia, was sponsored in part by Pampers.

Wikipedia has an article related to:
Pampers
Retrieved from "https://muppet.fandom.com/wiki/Pampers?oldid=1261157"
Community content is available under CC-BY-SA unless otherwise noted.