Paul Becker (b. 1979) is a Canadian choreographer and dancer who worked on the TV movie The Muppets Wizard of Oz and special A Muppets Christmas: Letters to Santa, appearing in the latter as one of the post office dancers. In 2017, Becker directed and choreographed the Sesame Street Live show "Let's Party!".

He discussed the challenge of working with the Muppets in a 2008 Toronto Star interview:

“One thing is that everyone works on a platform. Or well, the humans do. The humans are dancing, singing or acting on platforms that are four feet high, so that's obviously a huge challenge. It's really a giant team effort, because beyond just choreographing, I have to help figure out cut points for the director, like letting him know where to shoot best for the dancers' point-of-view, but everything has to work together from the lighting to the crew.[1]”

Becker has choreographed for various productions and performers, including So You Think You Can Dance Canada, Jonas Brothers (on the Hannah Montana & Miley Cyrus: Best of Both Worlds Concert tour and American Music Awards), Scooby-Doo! The Mystery Begins, and Breaking Dawn parts 1 and 2 as well as many television series and movies. As an on-screen dancer, film and TV credits include Josie and the Pussycats, Chicago, and The Music Man. 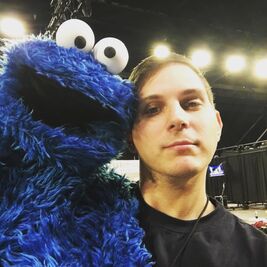 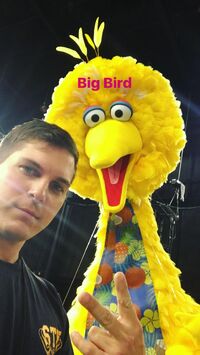 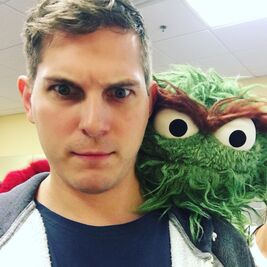 Add a photo to this gallery
Wikipedia has an article related to:
Paul Becker

Retrieved from "https://muppet.fandom.com/wiki/Paul_Becker?oldid=1232649"
Community content is available under CC-BY-SA unless otherwise noted.