Peter Alexander (born Peter Alexander Ferdinand Maximilian Neumayer, 1926 - 2011) was an Austrian singer and actor who became popular in the 1950s and 60s with numerous roles in German musical films.

Alexander was considered one of the great entertainers in Germany. For many years, he hosted various television variety shows, including Peter Alexander präsentiert Spezialitäten, a show that featured special guest appearances by several characters of Sesame Street in 1975, and The Muppet Show in 1977, taped at the original locations of both shows. 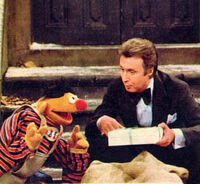 Ernie dresses up for his guest in original Austrian lederhosen 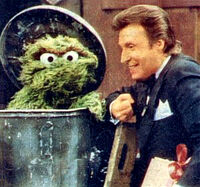 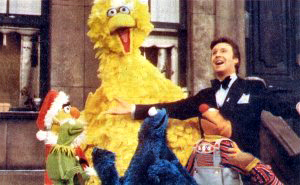 Wikipedia has an article related to:
Peter Alexander
Retrieved from "https://muppet.fandom.com/wiki/Peter_Alexander?oldid=1075083"
Community content is available under CC-BY-SA unless otherwise noted.