Peter Harris directed about half of The Muppet Show episodes, alternating with Philip Casson.

He also directed one Fraggle Rock episode, "The Finger of Light," as well as many episodes of The Jim Henson Hour, The Animal Show and several TV and direct-to-video projects for the Muppets, including The Muppets: A Celebration of 30 Years and many of the Playhouse Videos.

He also directed other puppet series, such as Spitting Image.

Harris appeared as himself in interviews for the documentaries Of Muppets and Men (1981) and I Love Muppets (2002).

A Muppet lookalike of Peter Harris featured on The Ghost of Faffner Hall as 'Mr. Director'. 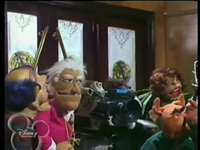 with his film crew 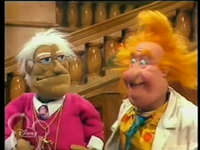 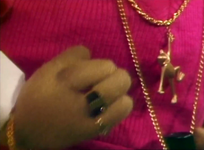 wearing a Kermit pendant‎
Add a photo to this gallery

Retrieved from "https://muppet.fandom.com/wiki/Peter_Harris?oldid=1274550"
Community content is available under CC-BY-SA unless otherwise noted.