Pharrell Williams (b. 1973), also known by his mononym Pharrell, is an American singer, songwriter, rapper, record producer and fashion designer. Pharrel's 2013 song "Happy" was the most successful song of 2014 with 13.9-million units sold worldwide.

Pharrell appeared in Episode 4626 of Sesame Street performing the song "B is for Book." The segment was shot on October 7, 2015.[1] 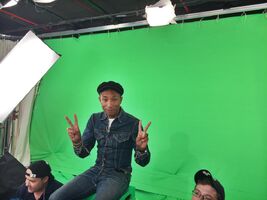 Pharrell on the Sesame Street set 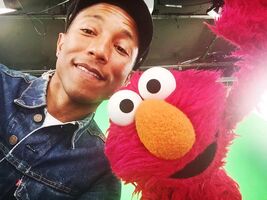 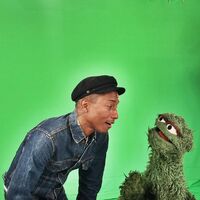 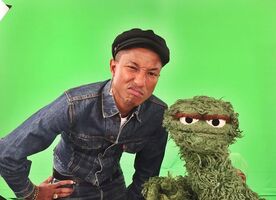 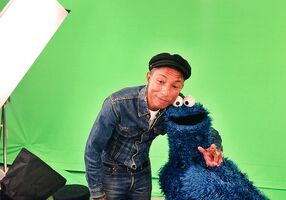 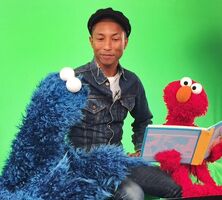 Retrieved from "https://muppet.fandom.com/wiki/Pharrell_Williams?oldid=1075153"
Community content is available under CC-BY-SA unless otherwise noted.