The Pilgrims were early European settlers of the Plymouth Colony in present-day Plymouth, Massachusetts, United States. The Pilgrims' story became a central theme of the history and culture of the United States - mainly surrounding the holiday of Thanksgiving.

They are often depicted in Puritan costume with black flat topped hat with a large buckle. 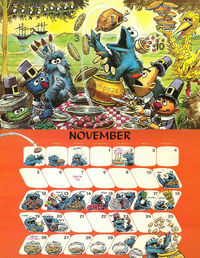 Oscar the Grouch, Grover, Bert, and Ernie in The Sesame Street Calendar 1972 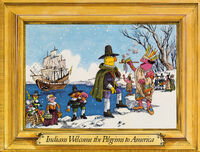 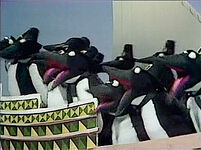 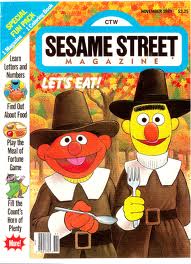 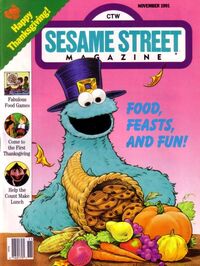 Cookie Monster on the cover of Sesame Street Magazine (November 1991) 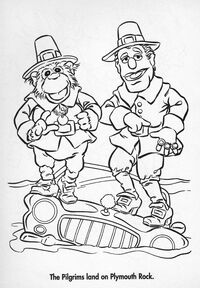 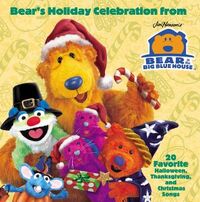 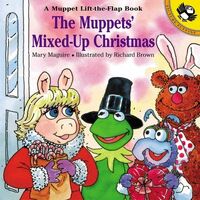 Kermit in The Muppets' Mixed-Up Christmas 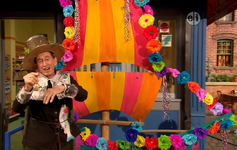 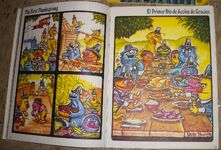 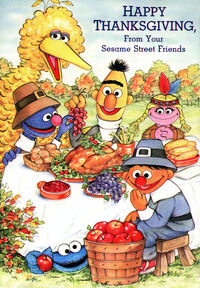 Retrieved from "https://muppet.fandom.com/wiki/Pilgrims?oldid=1261156"
Community content is available under CC-BY-SA unless otherwise noted.