The Pinball Number Count is a series of animated segments that debuted on Sesame Street in season 8, and was aired regularly up through Season 33. Each entry follows a pinball as it goes through an extravagant pinball machine, while the Pointer Sisters sing a counting song. The lyrics count up to the number twelve, with each segment focusing on a different number.

Animation was made for numbers two through twelve; a segment for number one was never produced.[1]

The "Pinball Number Count" segments contain common beginning and ending sequences showing the launch of the pinball into the machine and the exit of the pinball from play. Between these two sequences are different number-specific animated narratives showing the pinball in play. This middle segment features a scene in which a number of contraptions moved the pinball about the interior of the machine. These scenes are tied to a theme, such as an amusement park, a golf course, and others detailed below.

The segments were produced and animated by Jeff Hale's Imagination Inc. The animation was directed by Hale, who also developed the concept and design for the segments.[1] The actual animators included Ernie Fosselius.[2] The animation recalls contemporary psychedelic and pop art styles, typified by the ornate pinball bumpers, colorful geometrical motifs, and whimsical themes and devices inside the machine.

In 2010, a stop-motion remake of the segment produced by Florence Animation, an Italian studio, was entered in the AniBOOM Awards 4 Sesame Street and was declared the winner. The segment first aired during Season 41, as part of Episode 4221.[3]

The music for Pinball Number Count was composed and produced by Walt Kraemer, and was arranged by Ed Bogas,[1] with vocals provided by the Pointer Sisters. The arrangements in the eleven films reflect musical idioms commonly found in 1970s urban culture, predominantly funk and jazz, though other styles including Caribbean steel drum music are also represented. The number-specific middle sections contain one of three different improvised instrumental solos over a basic progression featuring soprano saxophone, electric guitar, and steel drum. The vocals work in similar fashion with wild lines from the Pointers shouting the various numbers from 2 to 12 at different intensities each time the pinball hit a selected target.

In 2003, as part of the show's 35th anniversary, Sesame Workshop and electronica label Ninja Tune released a 12-inch vinyl record for the DJ market. The maxi-single included a new remix of "Pinball Number Count" by Strictly Kev of DJ Food combining all eleven sketches and all three versions of the solo section into one extended track. A video remix was created for Ninja Tune's ZenTV DVD,[4] and for a limited time, also had a 1280x1024 computer wallpaper available for downloading.[5]

This reworked and remastered DJ Food edit was featured on the Songs from the Street: 35 Years of Music collection; according to producer/composer Walt Kraemer, this was because a clean master track of the original recording did not exist.[1] The remix video was released as a bonus feature on What's the Name of That Song? and Old School: Volume 2. 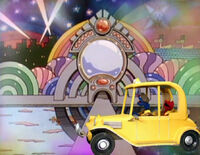 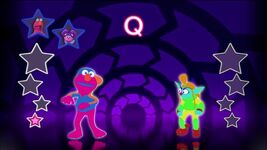 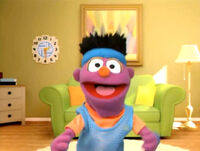 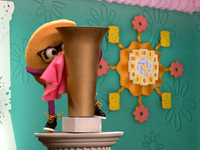 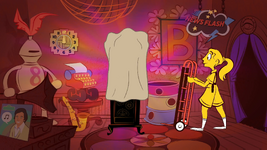 When You Wish Upon a Pickle 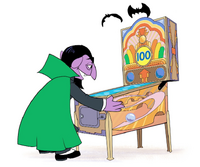 Although mentioned in the packaging and promotional material for Old School: Volume 1, "Pinball Number Count" is not actually included on the set.

In 2019, in celebration of the show's 50th anniversary, sesamestreet.org released a playable version of the pinball game based on the animated segments.