Poco Loco is a parrot who first appeared on Sesame Street in Episode 0674. After appearing in a few episodes from season 6 to 8, he returned as a recurring character on Sesame Street from season 11 through 14. In these appearances, he was typically able to imitate unique sounds like bells and even the voices of the other characters.

The puppet appeared frequently thereafter as a background bird. He appeared in Follow That Bird, with one speaking line, and in the song "We Are All Earthlings," sharing a sung line with Little Bird. The puppet was later modified and used for H. Ross Parrot, and repurposed again for Bolo (performed by Joey Mazzarino) in Episode 3839.

Poco continued to appear on Sesame Street as late as Episode 4508, and has even popped up on the Spanish spin-off Sesame Amigos, appearing in one segment as Vadhir Derbez's parrot Juan. (YouTube) 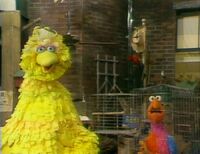 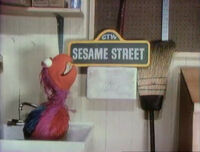 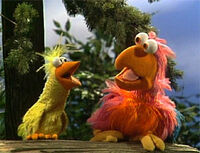 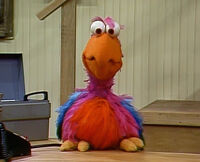