Pook-a-Looz are a plush toy line made by The Walt Disney Company, which were first released in spring of 2010. The toys are stylized, flattened fleece plush dolls with a distinctive "home-made" look. The Pook-a-Looz line includes characters from a variety of Disney and Pixar properties, including Mickey Mouse, Donald Duck, Winnie the Pooh, Pinocchio, Peter Pan, Snow White and Toy Story.

Four Muppets characters are included in the second set of Pook-a-Looz toys -- Kermit the Frog, Animal, Fozzie Bear and Gonzo.

Pook-a-Looz are available in several sizes, including medium-size plush and smaller keychain versions. The medium plush Muppet Pook-a-Looz were released for sale on DisneyStore.com in April 2010. The toys are manufactured by Dream International Limited.

In 2011, Urban Outfitters released a set of Muppet Christmas ornaments in the same style. 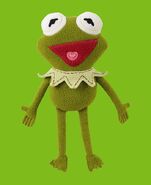 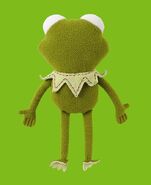 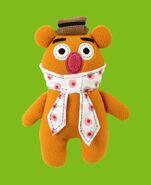 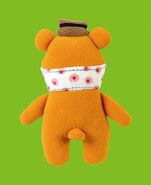 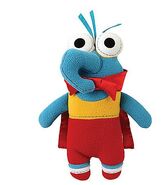 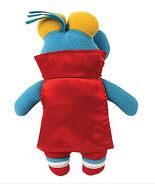 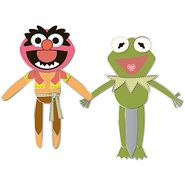 A Miss Piggy Pook-a-looz was released in Fall of 2010 as part of the third set of the toys. 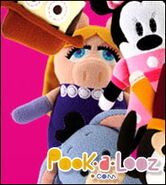 Preview of the Miss Piggy Pook-a-Looz. 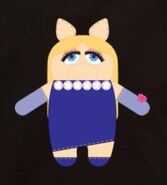 A preview of the Miss Piggy plush available to put on a custom Pook-a-Looz t-shirt on DisneyStore.com 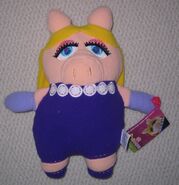 The final product.
Add a photo to this gallery

Retrieved from "https://muppet.fandom.com/wiki/Pook-a-Looz?oldid=1106630"
Community content is available under CC-BY-SA unless otherwise noted.