Poverty Pictures was a New York-based animation studio, specializing in commercial work, which produced a series of cartoon inserts for Sesame Street, which debuted in the show's first season. The studio was founded in 1967 by three animators, George Bakes, Cliff Roberts (who would go on to do other work for Sesame Street), and John Paratore.[1] Common voice actors in these segments included Jim Thurman, Bob Arbogast, and Gene Moss. 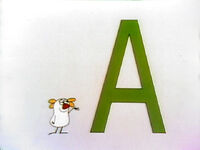 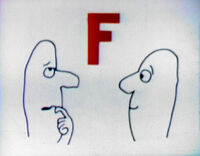 F — A man tries to remember a word beginning with the letter F, and another man lists as many words as he can think of to help him.
(First: Episode 0128) 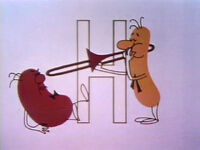 H — A man tries to talk about the letter H, but a second man interrupts him by listing H words.
(First: Episode 0020) 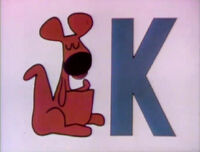 K — Karen the Kangaroo talks about words that start with the letter K. Featuring the sped-up voice of Gene Moss.
(First: Episode 0142) 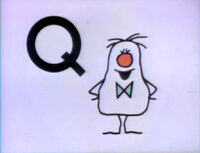 Q — A man demonstrates Q words, although the unruly stem of his letter Q keeps detaching itself.
(First: Episode 0048) 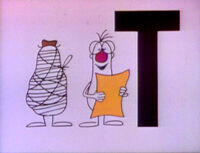 T — A man in glasses explains T words and abuses another character with some of them (he's tangled and twirled in twine). The latter turns out to be a cop, who presents him with a ticket for his trash.
(First: Episode 0020) 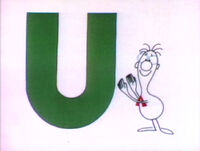 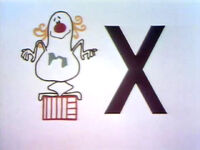 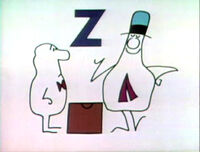 Z — A salesman tries to sell a Z. His customer stops the hard sell by locking the salesman in a zoo cage.
(First: Episode 0085) 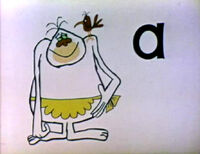 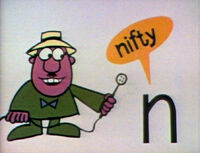 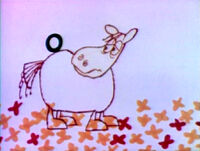 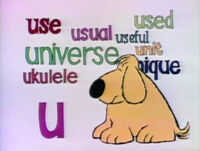