Miss Piggy modeled a couture outfit for the company in 2005. It included a peacock-feathered dress, a hat and a wrist watch.

In June 2005, the pig modeled the dress in the window for trendy European boutique Colette in Paris, France.

While lounging on a designer chaise, she promoted 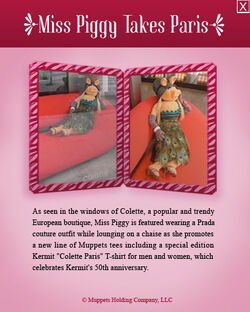 a new line of Muppet T-shirts, including a special edition Kermit "Colette Paris" t-shirt for men and women, which celebrated Kermit's 50th anniversary.

The dress was on display again in 2009, at Macy's Glamorama event in Minneapolis. 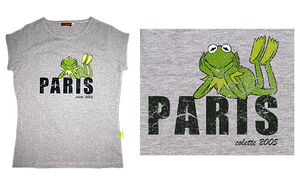 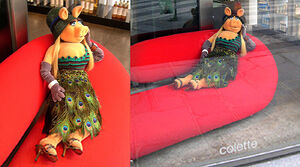 The porcine model at Colette in Paris 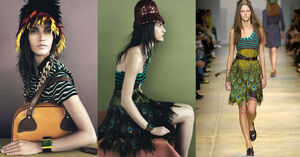