Prince is Abby Cadabby's magic doll, introduced in episode 4157 of Sesame Street. He is a toy frog wearing a crown -- but when he's kissed, he turns into a prince doll.

Prince was also seen in a segment in a season 39 segment which makes Elmo wish he also had a doll with him to play with. 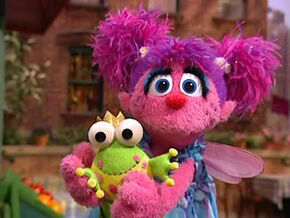 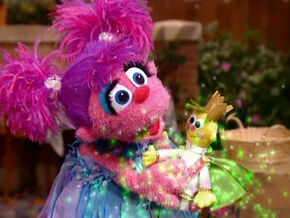 Retrieved from "https://muppet.fandom.com/wiki/Prince_(toy)?oldid=1370297"
Community content is available under CC-BY-SA unless otherwise noted.