Psychomachia is a literary concept named for a Latin poem by Prudentius. The poem dealt with the inner conflict within one's soul, between virtue and vice, through allegorical representations. This concept of an inner struggle became key to the developing Christian religion, and was refined dramatically in the medieval morality plays. Works such as Everyman, Piers Plowman, and Faust featured protagonists struggling with temptation, literally personified through the seven deadly sins (gluttony, lust, et. al). A variation of this involved the use of a "Good Angel" and "Evil Angel," one to encourage the tormented soul and the other to push the protagonist further along the path to ruination.

This eventually developed into the popular comedy cliche wherein a character has an angel on or above his shoulder, literally, and a devil. Frequently both angel and devil are identical twins to the protagonist, clad appropriately in either halo and wings or horns and pitchfork. This motif has permeated pop culture through cartoons, comic strips, and other media, including Muppet productions. 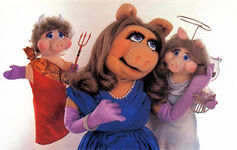 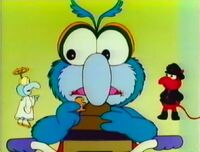 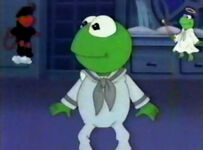 "The Frog Who Knew Too Much" 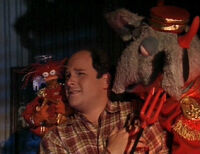 Wikipedia has an article related to:
Psychomachia
Community content is available under CC-BY-SA unless otherwise noted.
Advertisement