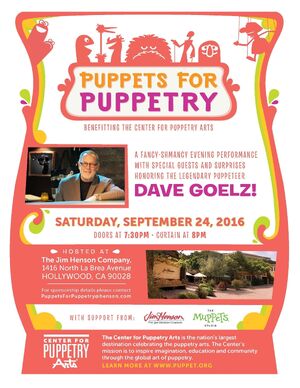 Puppets for Puppetry is a fundraising event held by the Center for Puppetry Arts. The events have honored long-standing Muppet performers with live performances, tributes and special guests. These events have been held on the Jim Henson Company's lot at Charlie Chaplin Studios. 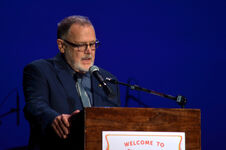 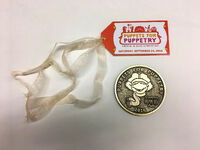 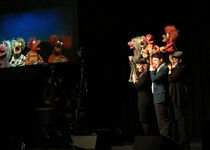 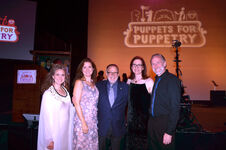 The 2018 event was held on May 5, honoring Caroll Spinney.

The evening featured appearances by several Sesame Street Muppets including Big Bird, Oscar the Grouch, Cookie Monster, Count von Count, Elmo, Zoe, Abby Cadabby, some penguins, a clown (to represent Spinney's time on Bozo the Clown), and a Jim Henson Muppet made from an Orange Gold Anything Muppet (performed by Eric Jacobson during the show and Brian Henson during the finale).

The 2020 event was scheduled for May 9, honoring Brian and Wendy Froud, but has been postponed due to COVID-19.

The event will be written and directed by John Tartaglia.[3]

Retrieved from "https://muppet.fandom.com/wiki/Puppets_for_Puppetry?oldid=1281800"
Community content is available under CC-BY-SA unless otherwise noted.