Pure Imagination was sung by Ben Vereen in The Muppet Show episode 117, to cheer up a depressed Droop. As Ben sang, one of the Small Bossmen did a dance in the sky, while a group of Muppaphone floated in the air and sang. At the end of the song, they were joined by a variety of creatures, including one of the Bossmen, one of The Gawky Birds, Timmy Monster, and some of The Four Fazoobs.

Vereen's performance was used over a montage of imaginative characters and moments in The Muppets: A Celebration of 30 Years.

In 2015, the Muppets starred in a music video for the song as performed by Josh Groban and Lindsey Stirling, released on Sterling's YouTube channel on May 7th, 2015.

The video, written by Jim Lewis, was co-directed by Dan Carr and Bobby Mosser. Bill Barretta served as consulting producer. The video was recorded on March 23, 2015 as a part of The Muppets at YouTube Space LA series.[1] 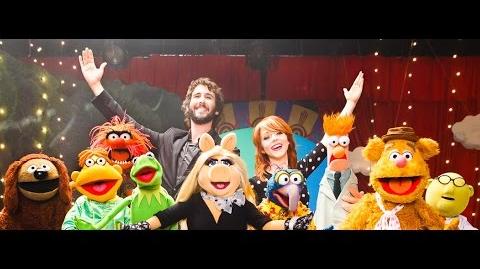