Rabbits are animals, considered by many to be "cute and cuddly" because of their small faces, furry bodies and bushy tails. These characteristics are often used in Muppet portrayals of rabbits, also called bunnies in domestic settings.

A group of white rabbits debuted in the fourth season of The Muppet Show.

In episode 421, Fozzie Bear performs a magic trick for Robin the Frog which results in ten rabbits springing from his magician's hat. The rabbits take to Fozzie as their "daddy" and go on to ruin the illusion of most of his tricks for the rest of the night. At the end, one appears in Statler and Waldorf's box and imitates Porky Pig from Looney Tunes saying (in the usual stuttering manner) "That's all folks!" Afterwards, Waldorf hits him with a small gavel.

In episode 420, they are terrorized by a "Mr. Hyde" version of Alan Arkin before they themselves drink the potion created by Dr. Bunsen Honeydew which makes them mean, vicious rabbits. The group performed under the moniker, The Bun-Bun Brothers, for "Zip-a-Dee-Doo-Dah" with slightly modified eyes.

After The Muppet Show, they appeared in several issues of Muppet Magazine. They were background characters in The Christmas Toy and its spin-off The Secret Life of Toys episodes. The bunnies appeared on Muppets Tonight (in episode 110 for an "E-I-E-I-OR" sketch, and in episode 102 as audience members for Garth Brooks' Tom Jones number). Later appearances include two brief cameos on the side of the road in Kermit's Swamp Years and various web projects, including "Stand By Me," Disney Drive-On with The Muppets, and Muppets Now (with one used as "Some Bunny" in "The I.T. Factor.")

Other rabbits, bunnies, and hares: 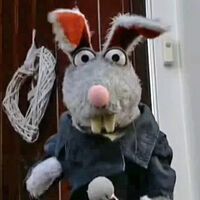 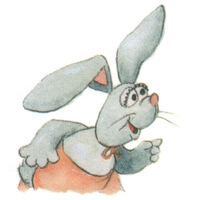 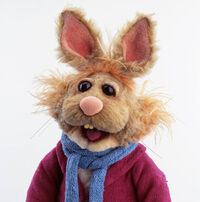 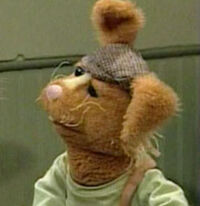 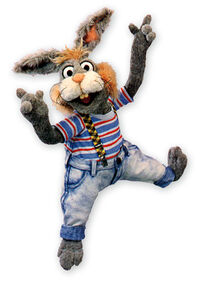 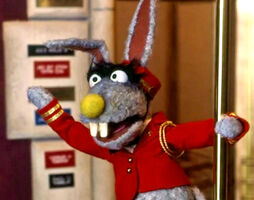 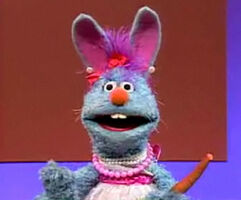 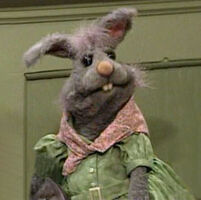 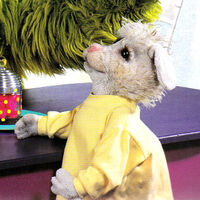 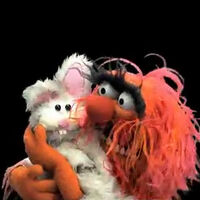 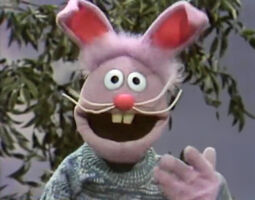 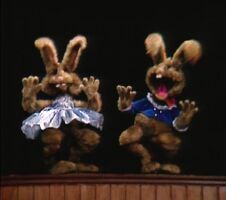 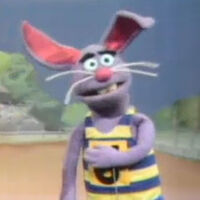 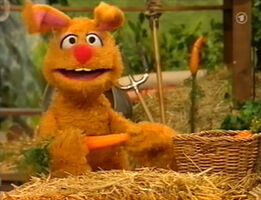 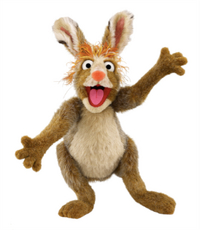 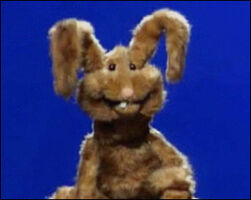 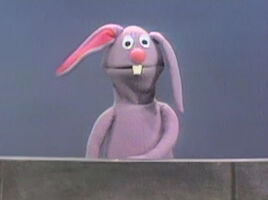 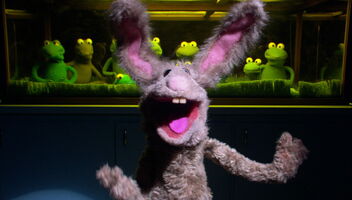 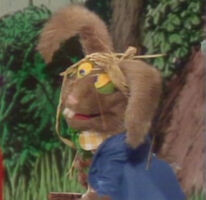 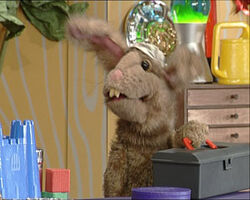 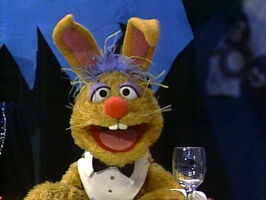 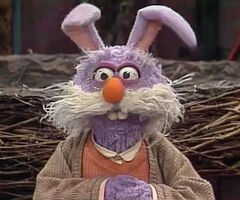 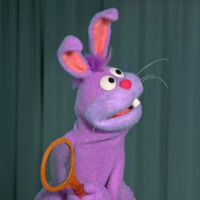 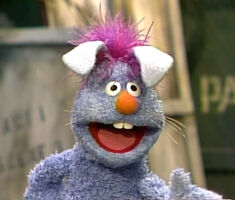 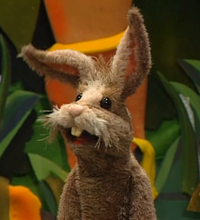 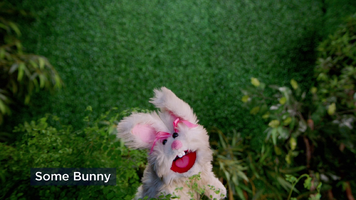 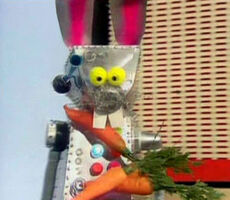 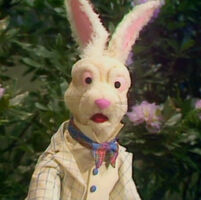 The White Rabbit
Add a photo to this gallery

Retrieved from "https://muppet.fandom.com/wiki/Rabbits?oldid=1351608"
Community content is available under CC-BY-SA unless otherwise noted.