He sits 9" high and measures 13" from head to toe, and wears a yellow ribbon around his neck with the Sesame Street logo printed in green.

One of his tags features a short poem in Radar's "voice":

My Name Is Radar
I'm Big Bird's favorite teddy bear,
We go together everywhere!
Can I be your teddy, too?
I'd love to go around with you! 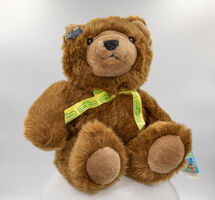 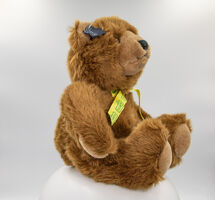 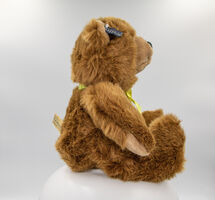 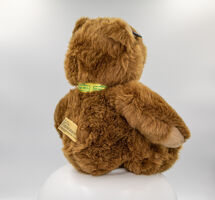 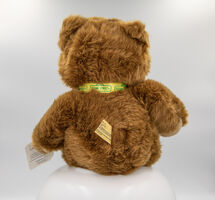 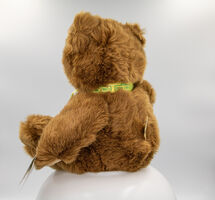 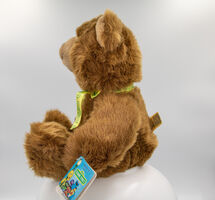 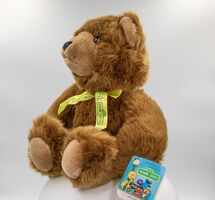 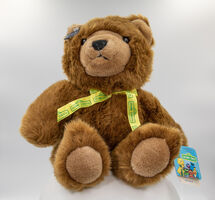 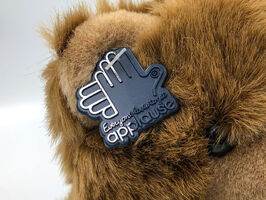 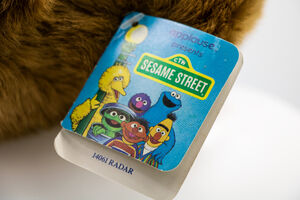 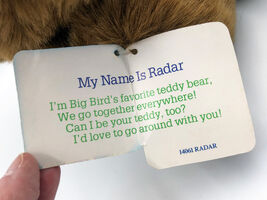 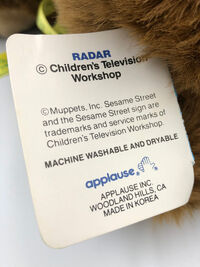 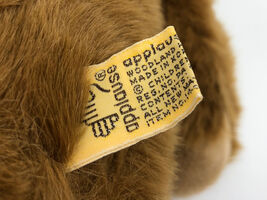 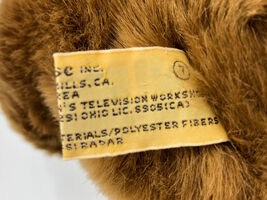 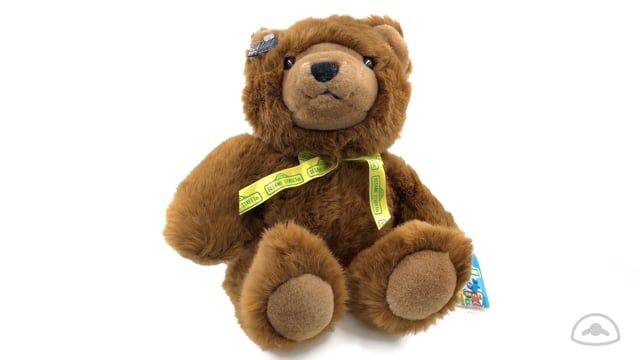 He measures 17" from head to toe and features posable, jointed arms and legs. 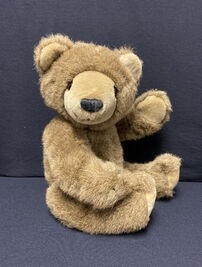 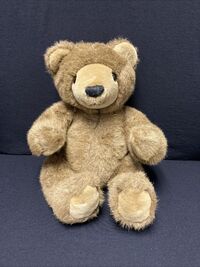 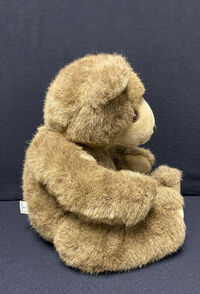 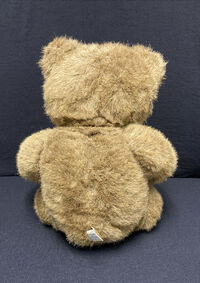 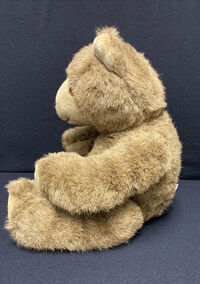 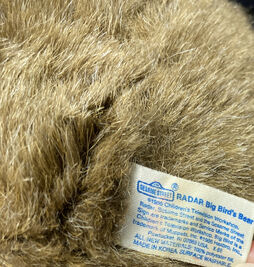 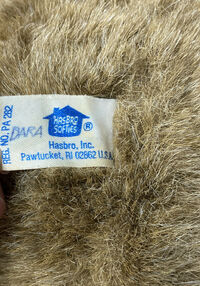 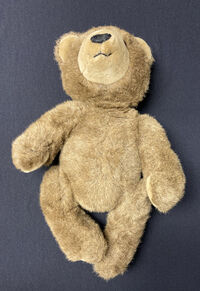 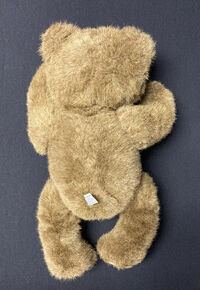 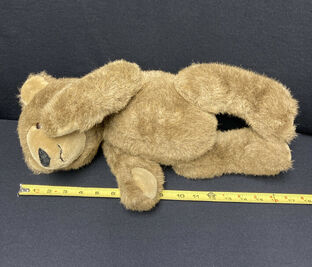 Retrieved from "https://muppet.fandom.com/wiki/Radar_plush?oldid=1375132"
Community content is available under CC-BY-SA unless otherwise noted.